This time a dip into the archive for a couple of tracks featuring Wolfgang Muthspiel plus more guitar with a new solo album from Brian Citro. There's a preview of a stunning new album from Nate Wooley, which features two more guitarists, Mary Halvorson and Susan Alcorn. Plus new music from La Pompe Attack, classic British Jazz from John Taylor, a debut from Julius Rodriguez, rare Dave Brubeck and some early Oregon. There's also new self released music from Eyal Netzer & Oded Geizhals, Extended and Glen Dickson, plus the new album from Caili O'Doherty. 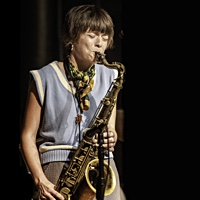