BY PAUL OLSON
September 15, 2005
Sign in to view read count
Greg Osby Four
Green Mill, Chicago
September 10, 2005
Altoist Greg Osby's fronted a lot of terrific bands over the years, but the quartet he brought to Chicago's Green Mill for a two-night stand on September 9-10 can be listed among the best of them. On the Saturday gig of the residency, the Greg Osby Four—composed of Osby, pianist James Gordon Williams, bassist Matt Brewer and drummer Tommy Crane—combined daunting technique with a restless and fearless willingness to go pretty much anywhere. This improvisational openness was bolstered with an open-eared tightness that enabled the band to transition from one song to another with a machine-like and effortless (it sounded effortless, anyway) precision—cued by just the hint of a phrase from the leader.
This kind of performance takes attention, and the band showed plenty of that. Bassist Brewer and drummer Crane are both young musicians, but they've played multiple gigs together with Osby and a host of other New York players, and they've got a thing; Brewer's restless, neck-spanning basslines feel like the key to the band sound, but the grimacing, nervous, driving Crane (yes, he does look a bit like Austin Powers) is constantly working around those lines of Brewer's and they combine to produce an intense, rubbery swing that's pretty breathtaking, as evidenced by the way they stretched the rhythm like putty on the Osby original "Rising Sign. During Brewer's solos, the rapport between the two took on a special intensity, but no more intense than Crane's snare bombs alongside Brewer's walking bass on Osby's "Makaide (a boppish tune to which Osby kept returning the group during the first and second sets as a vehicle for some particularly inspired improvisation).
Those two players fill up a lot of space, and the immobile, impassive Williams made no effort to fight for musical room. Instead, he played spaciously, laconically and rather Monkishly, dropping two- or three-note chords into the mix, keeping the proceedings harmonically grounded in the least invasive way imaginable. These sort of chordal jabs were particularly effective on a dazzling version of Duke Ellington's "East St. Louis Toodle-oo, the whole rhythm section showing just how exciting—and modern-sounding—stop-time playing can be. That said, Williams showed a bit less understatement on an a cappella, rubato miniconcerto in the middle of a version of Cole Porter's "My Heart Belongs to Daddy —the Green Mill's Kawai grand piano just keeps sounding better and better, but somehow Williams kept the attention away from the instrument and on the music he was creating. 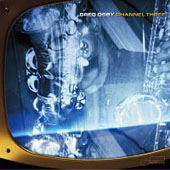 Meanwhile, Osby played some dazzling alto (he didn't play a note of the soprano that's such a noteworthy part of his new trio disc Channel 3), and as always, one had to marvel at his imagination and technical mastery, whether he was making jagged, irregular phrases somehow completely lyrical on "Stella by Starlight or turning the melody of "Nature Boy into a personal solo of Coltraneian modality, dynamics, and outright sweetness. Meanwhile he cued the group from song to song without pauses or discussion, in effect producing a dizzying and very enjoyable cross-section of pieces associated with fellow jazz alto greats (Charlie Parker's "Big Foot, Lou Donaldson's "Alligator Boogaloo, ) Osbified standards ("Stella by Starlight, "My Heart Belongs to Daddy, "Nature Boy ) and historic jazz (Ellington's "East St. Louis Toodle-oo, Fats Waller's "Jitterbug Waltz )—like Wynton Marsalis in its historicity, perhaps, but in its no-explanation, no-introduction, rapid-transition presentation, so much less condescending.

And where does one fit the group's brief cover of "Honeysuckle Rose into the above categories? Nowhere, really—what Osby's albums and this Green Mill show demonstrate is that he's just got an ear for great songs. On this Saturday night, the Greg Osby Four played quite a few of them—while improvising on those songs furiously and memorably.