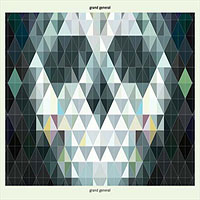 Despite many members barely into their thirties, Grand General is a Norwegian super group of sorts. Ola Kvernberg is, perhaps, best-known internationally for a string of recordings that, including Folk (Jazzland, 2009) and the more ambitious Liarbird (Jazzland, 2011), have garnered the violinist/violist plaudits like the DnB NOR Award at the 2012 Kongsberg Jazz Festival. Guitarist Even Helte Hermansen has also garnered increasing attention at the helm of popular power trio Bushman's Revenge, whose Jitterbug Waltz (Rune Grammofon, 2010) demonstrated that it's possible to couch retro vibes in a modernist context. Drummer Kenneth Kapstad—Grand General's de facto leader—has fired the engine room of psychedelic space progsters Motorpsycho for the past several years with remarkable dexterity and invention, on albums like the highly acclaimed The Death Defying Unicorn (Rune Grammofon, 2012)—like Liarbird, the result of a commission for the 2010 Molde Jazz Festival.

Keyboardist Erlend Slettevoll is, however, the biggest surprise; a member of the largely post-John Coltrane/post-Jan Garbarek acoustic quartet The Core, albums like Office Essentials (Jazzland, 2008) in no way prepare for the flat-out sonic assault of Grand General, which also features bassist Trond Frønes, whose thundering, overdriven bass has bassist John Wetton as a touchstone for his King Crimson work around the time of Larks' Tongues in Aspic (DGM Live, 1973). Here, Slettevoll goes completely electric, predominantly with a distorted, sometimes ring modulated Fender Rhodes that matches the grit and density of everyone around him, delivering the group's often riff-heavy fusion of progressive and jazz-rock with an unfettered energy rarely captured this hotly in the studio.

Frønes may be the lesser-known member internationally, but it's his pen that provides more than half of the album's six largely relentless yet marvelously theme-focused tracks—three to his credit alone and one co-written with Kvernberg, who also contributes the remaining two. A lineup like this almost has to suggest early Mahavishnu Orchestra and mid-'70s Crimson, but Grand General rocks harder and is clearer, more direct and a whole lot more fun. That's no disrespect intended to either MO or Crimson; only that, as heavy as Grand Central often is, it's done with a minimum of gravitas.

Instead, it's anthemic, riff-driven material leaves plenty of room for solo space and, while not at all like guitarist Steve Morse's flagship group, there is something indefinable here that suggests how the Dixie Dregs might have sounded, had it been more metal, more electronic and less country, less fusion. There's nowhere near the Dregs' kind of unrelenting chops—there's no shortage of virtuosity here; it's just not this group's raison d'être—and, with the exception of the brief "Clandestine," little respite from the madness; even so, there's no shortage of strong melodies to make this far more memorable than a mere exercise in visceral energy.

Not for the faint-of-heart or those concerned about hearing loss, Grand General is an absolutely exhilarating debut from a nascent Norwegian group that, aimed at those who like their instrumental music hard-edged, ear-shattering and extreme to the max, is clearly just getting started.