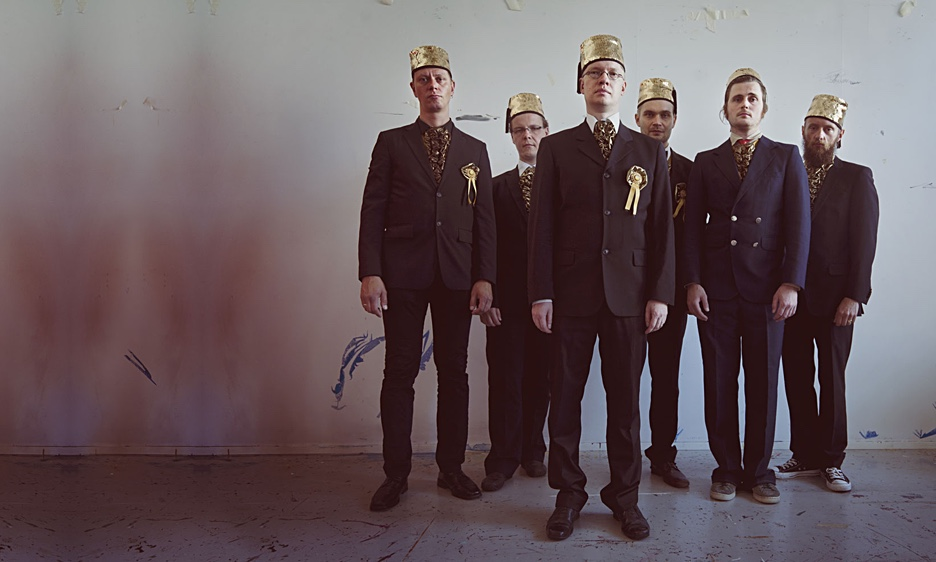 You can't judge a book—or a CD—by its cover, but the contents frequently become inexorably associated with the packaging. Visiting the April Jazz Club in early February to see a band called "Gourmet" might suggest tasty fare in leafy spring surroundings. The experience was more of an arctic sonic potpourri, but still very tasty.

A potpourri is often a rough mixture thrown together with little reference to culinary rules. The pieces played that freezing evening in Espoo (home of Finland's major April Jazz festival) featured players wading through sheaths of papers taped together across their stands, playing complex compositions by Gourmet's leaders, saxophonist Mikko Innanen and guitarist Esa Onttonen. The mixture was well-defined but still had the feeling of wayward precision. Gourmet's music has plenty of opportunities for flash and improvisation, but always within a closely regulated structure. The frequent change of melody and pace kept everyone on their toes, their feet often feverishly tapping but with frequent looks and gestures between them keeping everyone on the same page.

For a sextet that has been together almost unchanged for 19 years, and with four albums under their belt, these mellow musicians obviously still relish the opportunity to gather together and offer a full program to audiences around the country, as they are doing for the 2019 Jazz Finland Tour. The audience for this type of radical—though maybe not quite experimental—music is a testimony to Gourmet's ability to incorporate solid brass traditions. Their sound is founded upon Petri Keskitalo's solid but elegant tuba, combined with Ilmari Pohjola's lively trombone, and crowned by Innanen's mastery of the saxophone. Overlaid at one extreme is Onttonen and Mika Kallio's guitar and drum-based rock, and at the other end is the avant-garde adventurism of Veli Kujala's accordion.

Their recipes are never far from Innanen's solo work, whose flamboyant alto and sopranino saxophones dominate to the point of excess. He plays a number of styles with deft precision, from Woody Herman to John Zorn and back. Although Innanen writes the majority of the band's material alongside Onttonen, musical leadership is diplomatically divided, with all six members taking the lead at times. The guitarist's pieces might flirt closer to mainstream trends, and the one cover included in the show was the theme from the television series Bergerac, a classic George Benson tune that Onttonen reveres. The rest of the two sets comprised music from their album En Garde (Fiasko Records, 2018), played with total confidence and panache, and a number of new tunes composed by the two writers and due for release in 2020.

The style of music which Gourmet tackles has differed little during its 19-year existence. Catchy hooks with the feeling of interwar Paris, the Mississippi Delta, or New York's Knitting Factory are fused in a variety of formulations and rhythms. It is frequently flamboyant, occasionally moody, and always entertaining. The musicians are obviously stretched by the demands it places on them, but their joy in performance is obvious to behold. There may have been some tears in the preparation, but the tumbling enthusiasm on stage along with the physical effort required saw the band walk off through the audience after their single encore, wise-cracking among themselves with obvious shared pleasure.