By Eyal Hareuveni
December 3, 2012
Sign in to view read count 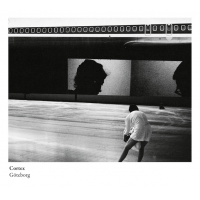 Norway's Cortex released its highly promising debut, Resection (Bolage), in 2011. The members of this high-octane quartet met during jazz studies in Trondheim, and began working as a band in 2007. Cortex follows the free jazz legacy of Ornette Coleman quartet with trumpeter Don Cherry, spicing it with wise, original compositions and uncompromising performances inspired by fellow powerful Scandinavian outfits such as Atomic, The Core and The Thing.

Cortex's sophomore recording, Göteborg—named after the Swedish city where it was recorded—keeps this quartet in a fresh and kicking mood, the quartet still bursting with reckless energy. Trumpeter Thomas Johansson's writing is strong, possessing a melodic touch anchored by the powerful rhythm section of bassist Ola Høyer and drummer Gard Nilssen. The band's camaraderie excels with telepathic, tight interplay.

Göteborg establishes Cortex as one of the greatest bands currently working in Norway.