BY GLENN ASTARITA
May 24, 2012
Sign in to view read count
Track review of "Never Forget" 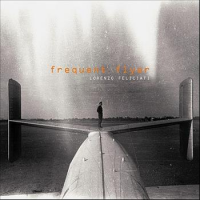 Vu sits in on "Never Forget," casting an ethereal and harrowing outlook via his echoing and out-of-phase lines. The pieces demonstrate yet another side of Feliciati's musicality, although he lays low by injecting subliminal phrasings such as a chord voicing here or there, but it's uncertain if he's streaming his bass through electronics in tandem with turntablist DJ Skizo. The musicians generate a broad temporal plane atop a subtle pace laid down by drummer Paolo Ferroni, summoning a cinematic flair perhaps equating, with interweaving electronics effects, to a soundtrack for a documentary about black holes.

Temperately cataclysmic, Vu's resonating sound-sculptures inject a variety of mood-evoking contexts. Nonetheless, Feliciati conveys restraint, as "Never Forget" suggests that the bassist is more concerned about the music, contrasting with the typical chops-driven implementations evidenced on many solo ventures by bad-ass bassists.