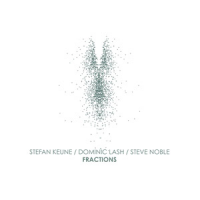 German reedman Stefan Keune has shown a strong affinity for British improv since making a connection with drummer Paul Lytton in 1990. Since then his discography records a number of dates with guitarist John Russell, including appearances at London's now dormant Freedom of the City festival. This limited edition LP, recorded at Russell's Mopomoso gathering at the Vortex in September 2013, suggests he's found a potent new outlet in the company of mainstays of two different generations of British improvisers in bassist Dominic Lash (best known for his work with clarinetist/guitarist Alex Ward and the Convergence Quartet,) and drummer Steve Noble (one of the more rhythmic free drummers on the scene, getting wider exposure with Peter Brötzmann and Ikue Mori).

The opener sets the template, with Noble and Lash acting as a rhythm section, albeit one that severely tests the definition of that term, while Keune provides the narrative voice, albeit with a tale that defies easy understanding. Noble and Lash create a latticework of arco slashes, resonant plucks cymbal strikes and tight rolls, against which Keune mutters, yelps and splutters with quiet but unremitting intensity. In fact Keune barely emits a standard pitch on the entire LP. At times on "Two Far" and "Mélange" his stream of choked utterances recall Evan Parker. However his favored gambit is exploration of overblown squeals on both sopranino and tenor saxophones.

Several of the cuts follow similar trajectories from slow/quiet to fast/loud, in a tightly focused soundworld. Variation comes in the form of checks to the build up on "Cuts" until ultimately regular pulses of activity become so close they represent mere oscillations in the flow, and the increased spaciousness and silences of "Let's Not." But it's the final "Mélange" which most stretches the parameters, full as it is of choppy interplay with Keune adding gruff edges to his falsetto discourse. The dense fizzing interaction gradually works towards a roiling crescendo. It's difficult to maintain such a head of steam, but it's a trick they pull off for all but the last 90 seconds, which is given over to inspired pizzicato and cymbal coloration.