Ikue Mori moved from her native city of Tokyo to New York in 1977. She started playing drums and soon formed the seminal NO WAVE band DNA, with fellow noise pioneers Arto Lindsay and Tim Wright. DNA enjoyed legendary cult status, while creating a new brand of radical rhythms and dissonant sounds; forever altering the face of rock music. In the mid '80s Ikue started in employ drum machines in the unlikely context of improvised music. While limited to the standard technology provided by the drum machine, she has never the less forged her own highly sensitive signature style. Through out in '90s She has subsequently collaborated with numerous improvisors throughout the US, Europe, and Asia, while continuing to produce and record her own music. 1998, She was invited to perform with Ensemble Modern as the soloist along with Zeena Parkins, and composer Fred Frith, also "One hundred Aspects of the Moon" commissioned by Roulette/Mary Flagler Cary Charitable Trust. Ikue won the Distinctive Award for Prix Ars Electronics Digital Music category in 1999. In 2000 Ikue started using the laptop computer to expand on her already signature sound, thus broadening her scope of musical expression

A Mountain Doesn't Know It's Tall 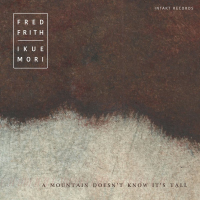 Label: Intakt Records
Released: 2021
Track listing: Bodaishin; The Biggest Lie; Stirred by Wind and Waves; Nothing to It; Fushiryō; The Biggest Idiots; Nothing at All; Shōdōka; Good for What?; The Same Moon Sometimes Seems to Smile; Things as They Are; Hishiryō; A Thief Breaks into an Empty House; Now Here; Samadhi.

It took Brooklyn's Roulette performance space to break COVID-19's hold on Shelley Hirsch. Now, it seems there'll be no stopping her. The vocal acrobat, poet and performance artist was a new music original long before “downtown" moved across the East River. An original member of the avant rock band The Public Servants, Hirsch also ...

We kick off this episode of Mondo Jazz with another gem from Georgia Anne Muldrow and land with John Zorn and the first (of what will certainly be many) box set dedicated to his delightful Bagatelles. In the middle, a mini-section on the Palladino bass-dynasty which acts as a bridge between two of the hot scenes ...

Have you experienced a performance of John Cage's composition “4:33"? If you are not familiar, while studying Zen Buddhism, Cage wrote “four minutes, thirty-three seconds" to be performed solo or in any combination of instruments or players. The instructions were for the performers to NOT play their instruments for the allotted 273 seconds. Their 'silence' was ...

Things get a little rockin' this time out with the powerful guitar of Raoul Bjorkenheim and a top Italian quartet digging into the music of John Coltrane. Then he's front and center in the J&F Band, a mostly Italian ensemble, led by legendary Allman Brothers Band drummer Jaimoe and bassist Joe Fonda (and Joe sings! Who ... 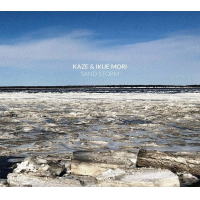