By Mark Corroto
December 10, 2014
Sign in to view read count 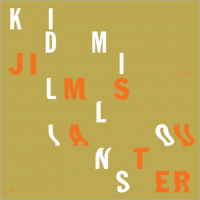 Fountain, the duo by Jim Sauter and Kid Millions, could easily be mistaken for the work of noise artist Merzbow and Hungarian drummer Balázs Pándi, Japanese guitarist Keiji Haino and Rashied Ali, or guitarist Ed Ricart and Chicago drummer Tim Daisy. Sauter of the infamous free jazz noise band Borbetomagus creates sound often mistaken for guitar feedback. The kind comparable to the above artists or an extended solo by the late Jimi Hendrix, but he does all this with an amplified saxophone. Kid Millions, aka John Colpitts of the inventive alt-rock bands Oneida and Scarcity Of Tanks has recorded drum-only records under the name Man Forever.

This LP (and digital) release follows their initial offering Boanerges (Doubt Music, 2012). The duo engages in a what, at first listen, seems to be a one-trick- pony approach. Their flash-fried sound is an exercise in torment, the good kind. Millions, like fellow drummers Paal Nilssen-Love and William Hooker eschews swing for hypnotic, tent-raising drumming. His pulse is a counter, or better yet, a counter- offensive, to the voracious onslaught that is Sauter's saxophone.

There is subtlety in the noise. What might be dismissed as a ham & egg approach has nuance, which can be heard at the high volumes this recording invites. It is bar clearing, neighbors complaining, get-your-ear plugs, fun energy improv music.