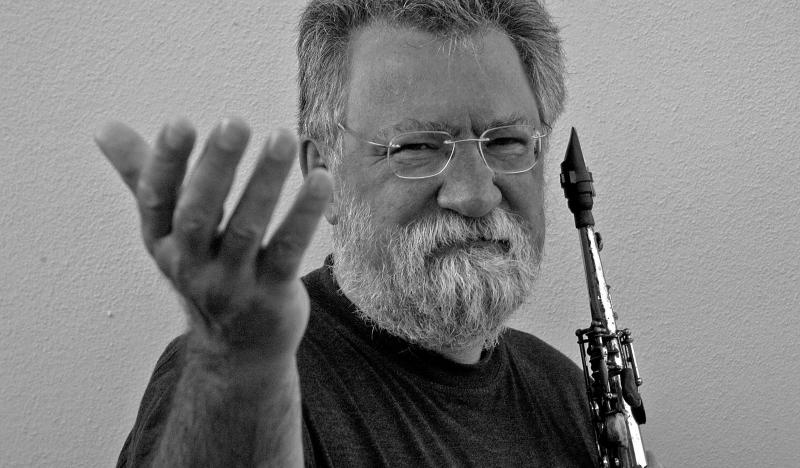 Imagine for a moment that the average jazz enthusiast is similar to a competent swimmer: safe within the confines of their local pool they're comfortable, perhaps a little brash.

Individual lanes silently determine your path whilst lifeguards monitor your tempo with their special brand of overprotective nonchalance. Even the reassuring sting of chlorine serves as a constant reminder, protection from the unpleasant, the random.

Now pluck this unsuspecting musical metaphor from the familiar embrace of the community pool and cast it into the unpredictable seas of free improvisation. Once sustained by common devices, the swimmer is now buffeted by waves from all sides. Aspects of the familiar remain but are simultaneously foreign, do you sink or swim? More importantly, where's your lifeguard now?

One thing seems clear: if you're anxiously treading water in the seas of free jazz, saxophonist Evan Parker won't be wading in to save you: "I don't want to play for people that are struggling to make sense of it (free improvisation)...or people that think there's some social or intellectual obligation to be enjoying something that makes no sense to them."

Parker's views on free improvisation are honest, direct and leave little room for misunderstanding: vital qualities when discussing how less familiar listeners can access a sometimes impenetrable musical format. The strength of Parker's convictions and the confidence in his art is arguably borne of unparalleled creative freedom and complete control, commodities rarely found in any musical medium.

A solo Parker performance is unforgettable, regardless of what one takes from the experience. However, observing the constituent parts of an assembled crowd at a Parker gig can also be an enlightening experience. Many will be regulars, noticeably swaying, eyes closed, lost in the madness. Then there are those that will listen once but will never return, driven away by the unlikely musical compound of the free and the uncompromising.

Yet what of the group that sits between these two extremes, the "moderates"? What of those obviously captivated yet simultaneously repelled; where do these competent swimmers go? "People often say to me, 'The first time I heard you play, I hated it!,'" Parker says, laughing. "Well, I ask them, 'What brought you back?' Something, in the meantime, must have happened. They often find that a hard question to answer." 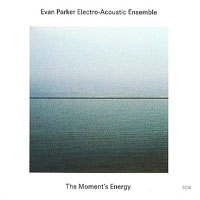 Described as both a "pioneer" and a "gateway drug to free improvisation," Parker represents the ideal figure with which to discuss common obstacles to "accessing" a challenging form of music. The term "legend" currently suffers from a form of verbal inflation, seemingly thrown around with wanton disregard for its actual value. Whilst the word should be used sparingly, Parker, 67 is an appropriate recipient.

It is difficult to determine whether Parker is comfortable with such accolades, his true feelings remain hidden beneath a sheen of modesty. He adeptly sidesteps the opportunity to slip into self-celebration with a factual response: "I'm one of the first generation (within the free jazz scene) but not initially one of the senior figures." Within scene devoid of obvious musical conventions and commercial appeal there is a refreshing lack of hyperbolic back-slapping. Only talent and the ability to innovate seem important; as such, the term "senior figure" is as close as you'll come to "king of pop" round these parts.

Since switching from alto to soprano sax at the age of 16, Parker has forged an experimental path to deservedly assume the aforementioned mantle of 'senior figure.' The non-conformist influences of saxophonists John Coltrane and Ornette Coleman, and pianist Cecil Taylor's trio dictated that Parker would not only challenge his decision to study Botany at university but musical norms.

"The senior guy at the time was John Stevens," says Parker. "People assembled around him in the early '60s; without exception they came from a background of playing conventional jazz." Stevens, a drummer, invited a young Parker to join him in the Spontaneous Music Ensemble (SME) late in 1966, an invite that was gladly accepted. Yet what was the motivation? Was conventional jazz simply not enough? "John Stevens used to talk about the music as being 'another little life,' a place where the rules are a little simpler," Parker replies.

Not for the last time during this interview, Parker's response seems tailored for an audience familiar with the obvious "rewards" of free improvisation. Prompted for a more detailed explanation for the jazz layman, he encouragingly warmed to the task: ""It's that nobody can mess you around for a bit, you know? You get up on stage and you can do what you want, there's freedom...you can't compare it. It's a place of sanctuary, and if you can convey some of that [the artist's experience] about the joy of being alive...that's it." 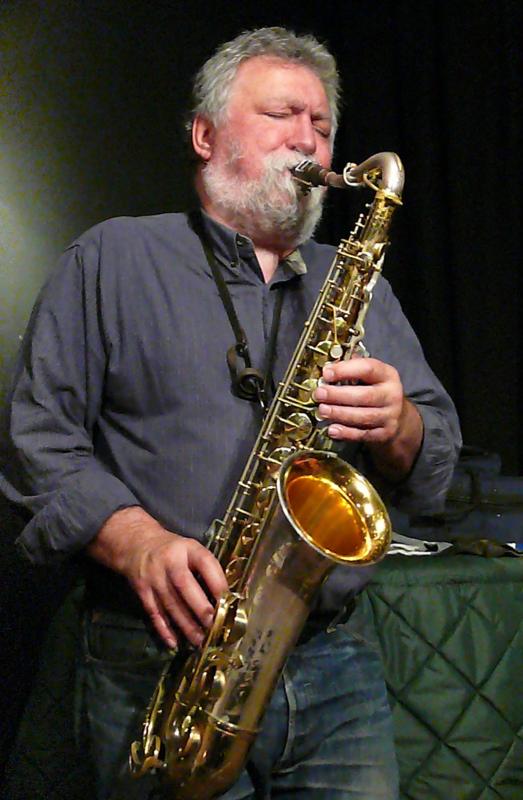 Parker has been asked a similar question a thousand times over, no doubt, yet the response is disarmingly passionate. Parker's concentrated enthusiasm remains undiluted by a stream of enquiring minds; his do not seem like stock answers.

Back to the history lesson: Parker would remain with the Spontaneous Music Ensemble or thereabouts (the lineup, aptly, was unpredictable) whilst pursuing a number of other associations and solo projects. Amongst others, these included the formation of the Music Improvisation Company with guitarist Derek Bailey in the late' 60s and co-founding Incus Records in 1970.

Despite lacking the obvious monetary rewards of more conventional genres, Parker's talent has enabled him to travel the globe for both ensemble and solo performances. Having taken in most of Europe by the end of the '80s, Parker subsequently spread his music further afield, including performances in America, New Zealand and Japan. Yet in a world where achievement is judged by the conventional trappings of success, is musical freedom sufficient payback for a career dedicated to such a specific discipline?

"Well, there aren't any other rewards," Parker gestures around the room. "There aren't any material rewards, the money's not enough to keep you where there's no qualitative assessment." The mention of riches and reward necessitates an almost Pavlovian assessment of Parker's house. Modest in size, the Parker residence is undeniably cosy but not in the double-speak of the estate agent. It has genuine warmth, each room heaving with the weight of books, records and knowledge.

Whilst the lower half of Parker's house is at best, charmingly disorganised, the upper half that constitutes Parker's office—is immaculately arranged. The duality of mayhem and organization provides an obvious but not inappropriate metaphor for Parker's music, but what role does structure play in music that appears to lack form?

While the lack of familiar musical devices and the absences of guiding musical "lanes" might alienate less familiar listeners, Parker passionately disputes that free improvisation lacks familiar, structure aspects. "Days have a lot in common with one another; life involves a lot of repetition, why should improvisation exclude itself from these constrictions? It's part of what being alive is all about. If you play as much as I do, basically it's a miracle if you can't find one thing you've never done before."

But if repetition is possible, then artists must also be victim to accusations of selling out or performing a brand of mainstream improvisation? "I've been accused of it," Parker says, laughing. "I've been accused of having 'slipped'; this is especially true of my solo performances. However, I hope it's based on a slightly superficial assessment, because some things are fixed, some things are variable." Once again, Parker's answer flatteringly assumes real familiarity with free improvisation, yet once again he accommodates the need for a more detailed answer. 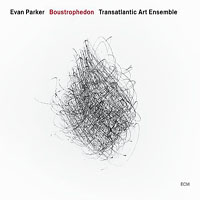 "Look at The The Rolling Stones," Parker says, "they've been playing songs like 'Satisfaction' and 'Jumping Jack Flash' for almost as long as I've been improvising, over the same historical timeframe. Everyone knows the structure of their songs, but when they perform live, if you're listening, really listening, you'll hear things that have never been done before." Parker's performances represent the other side of the musical coin; whilst the perception of perpetual experimentation is understandable, it is incorrect; the lanes do exist, they're just harder to see.

Guitarist Elliot Sharp once said: "No improvisation is ever truly free, excepting the unlikelihood of amnesiac improvising musicians," suggesting that both familiar devices and a degree of planning exist in an improvised performance. "You can plan an improvisation," Parker confirms, "but something else usually happens when you're playing solo, because it's a very focused situation, very controlled in the sense that the only things that are going to happen are the things that you're going to try."

At first the answer seems counterintuitive. Yet to fully appreciate Parker's point, it is best to attend one of his performances. Artists appear so caught up in their delivery, their 'other little lives,' that any preconceived ideas seem unlikely to linger, erased by a mass of swirling tones, obliterated within the musical chain-reaction. It begs the question—how on earth does a group performance survive within a maelstrom of free expression?

"When you're doing collective improvisation," Parker responds, "then the more chance there is that someone will do something that cancels out an idea you had anyway, you have to adjust immediately-but that, for me, is very exciting. It's not a presentation of something that already exists, it's the presentation of a process" 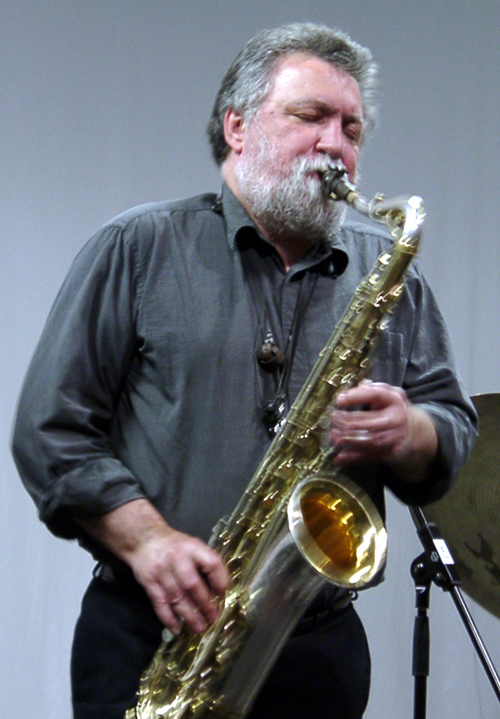 Parker's comparative seniority could intimidate fellow performers, yet his figure suggests otherwise: on the friendlier side of burly, Parker is reassuringly large, his appearance caught somewhere between Santa and Gandalf. The position of "group elder" seems appropriate; Parker appears to retain no inherent desire to dominate proceedings, despite the opportunity. "I could probably carry situations through [a collective performance], like a senior figure in the scene," he says, "not through force of my personality, but by dint of my status..."

Yet do younger, brash performers allow Parker to guide them? "Well, I can indicate 'no,' we're not going there; that doesn't have to be spoken, it's just played," he says, scratching his beard in contemplation, "but someone could easily say, 'Oh yeah, you old fart? This is where we're going." He laughs, continuing, "It's like a real-time negotiation, the sound of people discussing what this should be about."

Having accommodated a series of well-worn questions, further discussion about the absurd complexities of collective improvisation will have to wait for another time. Despite showing little sympathy for those curious, competent swimmers flailing in an ocean of unfamiliarity, Parker has still provided a life preserver. Does he truly not care whether or not people "get" his music?

"I've got bigger worries," he says, leaning forward earnestly. "This 'Occupy' movement, for example, it's extraordinary to watch. I can quite easily imagine people having greater concerns than improvised music." He's right of course; yet for those of us that wish to step into these unfamiliar waters, Parker (perhaps unwittingly) has provided some pointers.