Day 1 | Day 2 | Day 3 | Day 4 Taube Atrium Theater Other Minds Festival San Francisco, CA October 17, 2021 Outside the hotel on the morning of the final day of Other Minds 25, curator Harry Bernstein, nearing the conclusion of the twice-postponed festival over which ...

We're back to our periodic perusal of the best new releases, from the groove of the Band of Other Brothers and the Bogie Band to the show-stopping electric blues of Elliot Sharp's Terraplane and the sheer beauty of the latest albums by Sarah Wilson and Hank Roberts.Happy listening!PlaylistBen Allison “Mondo Jazz Theme ...

It took Brooklyn's Roulette performance space to break COVID-19's hold on Shelley Hirsch. Now, it seems there'll be no stopping her. The vocal acrobat, poet and performance artist was a new music original long before “downtown" moved across the East River. An original member of the avant rock band The Public Servants, Hirsch also ...

Elliott Sharp is a multi-instrumentalist, composer, and performer. A key figure in the avant-garde and experimental music scene in New York City for over thirty years, Sharp has released over sixty-five recordings ranging from blues, jazz, and orchestral music to noise, no wave rock, and techno music. He pioneered ways of applying fractal geometry, chaos theory, and genetic metaphors to musical composition and interaction, as well as the use of computers in live improvisation with his Virtual Stance project of the 1980s. He is an inveterate performer, playing mainly guitar, saxophone and bass clarinet 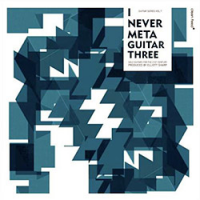 Few would be more equipped to produce this series of various guitarists parading their avant-garde stuff other than New York City-based, and world-renown experimental guitar acolyte, Elliot Sharp. This third installment of the ongoing extravaganza showcases the far-flung imaginations of 18 artists, continuously pushing the envelope via a kaleidoscopic presentation sketched with unconventional acoustic-electric tone poems. ... 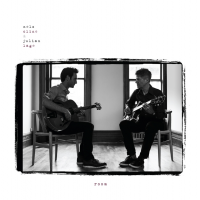 Serious fans of guitar may have heard of both Nels Cline and Julian Lage, but many listeners more likely know only one or the other of these guitar giants. The two innovators have very different styles and sounds. Cline is known primarily for his work with Wilco and The Nels Cline Singers, where his compositions function ...