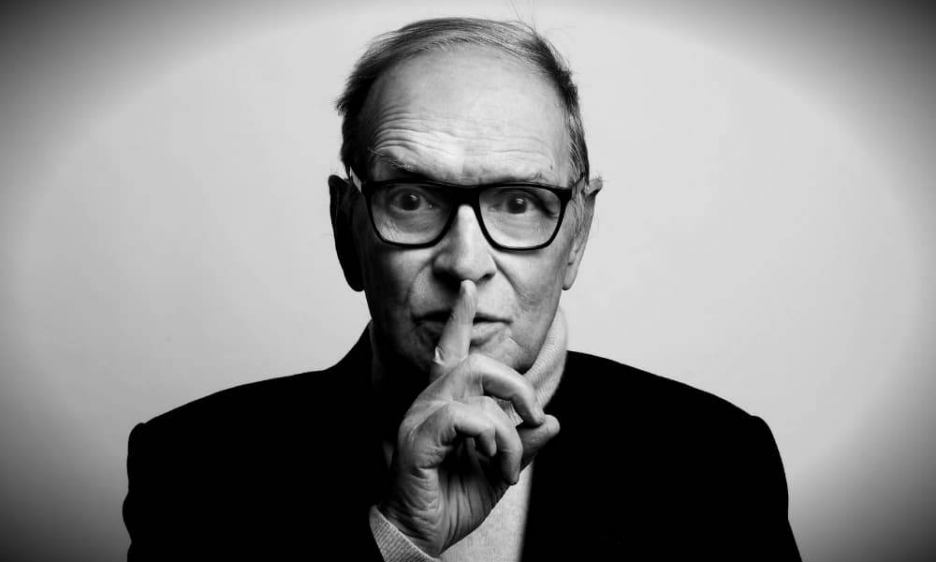 Practically unobtainable since their release by RCA Italy in 1972, the ten albums which make up Ennio Morricone and Bruno Nicolai's Dimensioni Sonore: Musiche Per L'Immagine E L'Immaginazione are being reissued by Dialogo on October 30 2020. The new release plugs a chasm in the availability of classic-era library music, which at its best is an art form worthy of serious attention. It does not get more fascinating than on Dimensioni Sonore, which is regarded as the Holy Grail of RCA Italy's fabled library catalogue, Catalogo Di Musiche Per Sonorizzazioni. 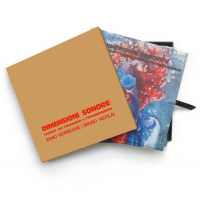 Library music was first produced in the 1920s for use with silent movies. Its golden age came during the 1960s and 1970s, when it provided off-the-shelf (and relatively low priced) incidental music for film and television. Back then it was widely regarded as forgettable ephemera, of no consequence if separated from the visual footage it accompanied. But by the time Quentin Tarantino featured pieces by some of that era's most talented library composers, including Nicolai, on the soundtracks for Kill Bill: Volume One (2003) and Kill Bill: Volume Two (2004), he was tapping into the growing retro-allure of the genre.

Classic library music appeals for several reasons. The real-time nature of the recordings, which are usually one-take affairs with no overdubs and with FX mostly confined to phasing, reverb and echo chambers, chimes with nostalgia for analogue-era music making. The music itself was produced solely to evoke moods, situations and emotional responses, thus doing what music does best: composers and performers were industry insiders and generally went uncredited and it was what was in the grooves that counted. Above all, despite being a low-budget endeavour, library music could be breathtakingly adventurous. Its creators were encouraged to find new and unusual sounds, textures and instrumental combinations—and recording sessions were typically supervised by the composers themselves, without executive producers or other suits breathing down their necks. As a style, library music was sweepingly eclectic and jazz was one of the many styles it drew on, particularly in the 1960s.

On a train-spotting level, the rarity of the original pressings, which were manufactured in small numbers and never put on sale to the general public, is an added attraction for vinyl collectors.

In 1972, Morricone and Nicolai, who had met while studying composition at Rome's Accademia Nazionale di Santa Cecilia, were already well known to film fans, having made their names with spaghetti western soundtracks in the mid 1960s—Morricone with Sergio Leone's A Fistful Of Dollars, Nicolai with Alberto di Martino's 100,000 Dollari Per Ringo. It was rare to find composers of their stature and earning power engaged in library music, but Morricone and Nicolai had real passions for the genre. They may well have regarded it as a testing ground for new ideas and they certainly took advantage of the creative carte blanche it offered. In any event, Dimensioni Sonore gave film directors the opportunity to credit their work with box office-friendly "music composed by...." tags without going to the greater expense of commissioning either composer.

The Dimensioni Sonore series is being reissued by Dialogo in two limited editions: a box set including 10 replica LPs, 10 CDs, a 48-page LP-sized English-language booklet and a commemorative poster, and a second bundle containing the replica LPs only. Original liner notes include writings by Pier Paolo Pasolini, Sergio Leone, Elio Petri, Giuliano Montaldo and Gillo Pontecorvo. Five of the albums were composed, arranged and conducted by Morricone, the other five by Nicolai, though a few of the 103 tracks sound like collaborative affairs. The box set is limited to 300 copies, the LPs-only set to 200.

Nicolai's albums are inventive and absorbing, but it is Morricone who emerges as the most singular composer and arranger. A post-modernist before the term was coined, Morricone revelled in syncretism. "I have studied the expressive methods of the entire history of musical composition," he said in a 2007 interview with The New York Times. "We are living in a modern world, and in contemporary music the central fact is contamination. Not the contamination of disease but the contamination of musical styles. If you find this in me, that is good."

A jazz trumpeter in the late 1940s, in 1964 Morricone was a founder member of Rome's experimental contemporary-music ensemble Gruppo di Improvvisazione Nuova Consonanza, a.k.a. Il Gruppo. The group remained active until 1978, and some performances included Morricone as trumpeter. Although not credited on the Dimensioni Sonore sleeves, members of Il Gruppo played on many of the tracks.

Skeletal, often austere, contemporary-classical forms the basis of much of Morricone's writing on Dimensioni Sonore, but it is combined with a myriad of other styles. Jazz, rock, pop, traditional West African, East African and Maghrebi music, the first stirrings of electronica and modern minimalism, found sounds, medieval sacred music, all this and much more can be heard. Instrumental lineups are similarly diverse, featuring every type of bowed, blown, struck and plucked instrument, grouped from mid-sized chamber ensembles to trios and quartets. How, one sometimes wonders, listening to some unexpected combination such as a Shostakovichesque string quartet accompanied by a jaw harp, did Morricone think of that? Did he write down the name of every instrument he could think of on separate pieces of paper and pull them out of a hat in a sort of audio equivalent of the literary cut-up technique pioneered by Brion Gysin and William S. Burroughs? Or did he hear the amalgamated sounds in his head before he scored them? He never said.

Reviewing Morricone's US concert debut in 2007, the Los Angeles Times wrote that, from an audience member's point of view, "his charisma as a conductor is zero." The same is said to have been true of Nicolai. But as backroom boys, their mojos were powerful. You can feel the force on Dimensioni Sonore.

Library music flourished in the 1960s and 1970s wherever there were thriving domestic film and television industries. Here are three of the best jazz-based albums from Britain and France. 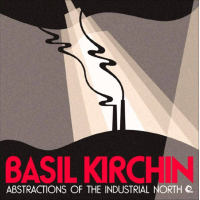 A contemporary of saxophonist Ronnie Scott, and a largely forgotten godfather of modern ambient music, Basil Kirchin began his career in the late 1940s as a drummer in London dancehalls. In the late 1950s, Kirchin, Beat-generation style, took to the road in India and the US, exploring raga and jazz traditions at source. By the mid 1960s, back in London, his approach to music had been transformed. Motor rhythms continued to be important, but were woven into impressionistic, multi-layered and, later, electronic scores. The elegant, wistful Abstractions of the Industrial North, an acoustic suite made with modernist jazz musicians including saxophonist and flautist Tubby Hayes, trumpeter Kenny Wheeler and vibraphonist Alan Branscombe, is among library music's most magical moments. 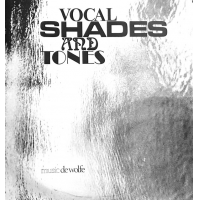 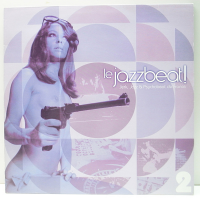 Subtitled Jerk, Jazz & Psychobeat De France, this album is a various-artists compilation of 1960s and 1970s lounge and soul-jazz-derived library tracks originally released on the French label Sonimage. Paris-based Camerounian saxophonist Manu Dibango fronts "Wilderness," but most of the tracks are by the composer / bandleaders Claude Vasori and Eddie Warner, little known outside France. A second volume is almost as good. 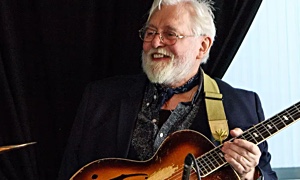