Tubby (Edward Brian) Hayes was one of Britain's finest tenor sax players, Jazz musicians and composers. He co-led the successful Jazz Couriers with Ronnie Scott from 1957 to 1959. He led several distinguished quartets and was the first British contemporary to appear at regular intervals in the USA. One of his most distinguished quartets came in the late 1950's, a group which included Terry Shannon, Jeff Clyne, Phil Seaman or Bill Eyden. Another in the 1960's included Ron Mathewson, Tony Levin and Mike Pyne.

Hayes who was arguably the most prodigiously talented jazz multi-instrumentalist the British Isles has ever produced. He played vibes, flute, soprano, alto and baritone sax, piano, clarinet, bass clarinet and tympani, but was best known for his coruscating tenor saxophone work. He was also a talented composer and arranger.

He started playing professionally at the age of fifteen joining the bands of Kenny Baker, Vic Lewis, Ambrose and Jack Parnell. He then led the reknowned Jazz Couriers with fellow tenor player and jazz legend Ronnie Scott between 1957 and 1959. Apart from leading his own small and big bands he played with many international jazz stars including Roland Kirk, Clark Terry, James Moody and Charles Mingus. In the UK he recorded with, amongst many others, John Dankworth and Cleo Laine.

Ian Carr has described Tubby Hayes as "...one of the most robust talents Britain has ever produced, and one of her most famous musicians..."

Tubbs on the Big Screen was actually tasked with writing the whole score for Dr Terrors House of Horrors but after an audition before a panel consisting of the heads of production his efforts were confined to the one story in which he appears. Allan Ganley recalled the situation; the quintet set up at one end of a long room whilst the producers lined up behind a table at the other. They were not impressed. "After all, we were a modern jazz quintet. What did they expect?" he remembered.

Hayes played with the Kenny Clarke/Francy Boland big band in Venice 1969. The band was featured at the Second Venice Jazz Festival. Tubby was depping for Ronnie Scott. Hayes later had this to say about the CBBB;

"A great band full of wonderful musicians.Boland is a first class arranger and composer, but I've felt at times that the strength of the sections and the individual musicians have made the scores sound more inspired than they actually are, and from a big band writing point of view, I've preferred some of the Thad Jones-Mel Lewis things. Don't get me wrong though. It's still a fantastic orchestra". ("Reaction with Tubby Hayes" The Melody Maker April 10th 1971).

The Untold Story of Tubby Hayes: 1965

Tubby Hayes: Back in Town 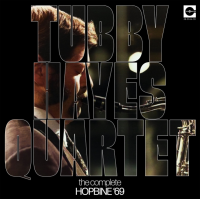 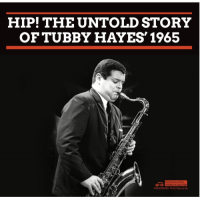 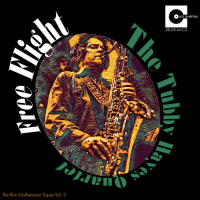 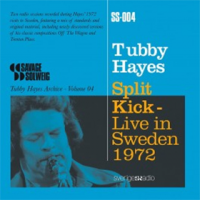 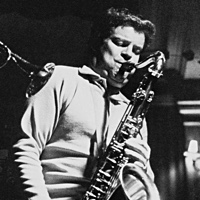 All About Jazz musician pages are maintained by musicians, publicists and trusted members like you. Interested? Tell us why you would like to improve the Tubby Hayes musician page.