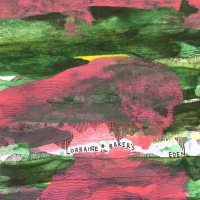 Lorraine Baker graduated with First Class Honours from South East London's Trinity Laban Conservatoire of Music and Dance in 2009. Since then, she's worked with many of the UK's leading jazz musicians and in addition to such sessions she's also freelance drum tutor. Fellow drummer Jeff Williams is quoted describing Baker as having a "unique style" and "does not sound like anyone else." Judging by this recording, those words are emphatically true. She's chosen on her debut album to pay tribute to the great Ed Blackwell so the music is arranged so the drums are central to the compositions.

The album is opened and closed by Baker performing to short solos which from the start of the intro grab the listener's attention as she rotates her sticks around the toms. But once the first number begins things fall rapidly into place. With an almost military start to Karl Berger's "Dakar Dance," the infectious melody played by Binker Golding and Liam Noble has a near-Brotherhood Of Breath vibe to it. "Thumbs Up," penned by bassist Mark Helias, starts as the title suggests with Paul Michael thumbing a chordal groove on his bass guitar but there are also frequent and exciting handbrake-turn tempo changes here too. "Pentahouve," also by Helias, and serving as a reminder that the bassist had a seventeen year association with Blackwell, is embellished with Baker's carefully constructed solo at the track's conclusion, which contrary to most drum solos, corroborates Williams's words quotes above.

In terms of track selection there's a running thread that reflects Blackwell's association with the composers of all the numbers featured here, such as the typically staccato-edged "Blues Connotation" by Ornette Coleman, with Golding playing superbly dexterous tenor. Or there's "Mopti," by another Blackwell long-time confrère, Don Cherry, and heard on the Old And New Dreams album Playing (ECM, 1981) where a rumbling bass precedes the coruscatingly vibrant number. Relentless ostinato bass underpins "Chairman Mao," written by another member of the old team Charlie Haden, and the piece provides a perfect vehicle by which to showcase Baker's mesmeric drumming.