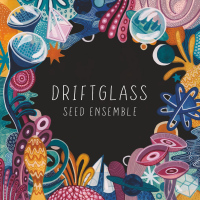 After decades in the shadow of its American parent, British jazz is finally coming of age. A community of young, London-based musicians is forging a rebooted style which reflects both the Caribbean and African musical heritages of the majority of its vanguard players and also locally created musics such as grime and garage. Jazz was created by black musicians. The new London scene is by no means racially exclusive, but there is no doubt it is black musicians who are once more leading the way. And there is more to celebrate—many of the most prominent musicians are women. Nothing like this has happened before in British jazz. The closest comparison would be with the jazz-dance movement of the 1980s. But that was on a far smaller scale.

2018 saw a stream of five-and-going-on-five-star ex-London releases. Too many to list here, but including Binker and Moses' Alive In The East? (Gearbox); Shabaka Hutchings & Sons of Kemet's Your Queen Is A Reptile (Impulse); Kamaal Williams' The Return (Black Focus); Sarathy Korwar's My East Is Your West (Gearbox); Moses Boyd's Displaced Diaspora (Exodus); Joe Armon-Jones' Starting Today (Brownswood); Camilla George's The People Could Fly (Ubuntu); Maisha's There Is A Place (Brownswood); and the various-artists compilation We Out Here (Brownswood). All these discs have been reviewed here.

As 2019 begins, the heavenwards trajectory continues with the debut album from alto saxophonist and composer Cassie Kinoshi's 10-piece SEED Ensemble. Driftglass is an untrammelled wrap-around delight.

ADVERTISEMENT
"SEED is my way of celebrating the vibrant and distinctive diversity that has significantly influenced what British culture has become over the centuries," says Kinoshi. "I also hope that aspects of the music succeed in planting a 'seed' of awareness within the current climate of our society [currently polluted, like American society, by emboldened nationalists, isolationists and racists]. It's important to me that I shine a light on political subject matter which is often disregarded by the masses and highlight what it means to exist as a young Black British citizen today." Amen to that.

Some of SEED's music, such as that on the YouTube clip below, is unreconstructed, irresistible Afrobeat (Kinoshi is a member of trumpeter Sheila Maurice-Grey's jazz / Afrobeat band Kokoroko). But Driftglass itself paints on a wider canvas. Kinoshi's work draws on what has gone before, and what is happening right now, but it is essentially of herself. There is joy and there is pain. On "W A K E (for Grenfell)," featuring guest vocalist Cherise Adams-Burnett, Kinoshi adds lyrics to address the scandal of a fire which swept through a poorly maintained, jerry-built public housing high-rise in London in 2017, killing at least 72 people.

The album—which takes its name from a collection of science-fiction short stories by the African-American writer Samuel R. Delaney—is performed by a line-up that includes some of the most compelling soloists on the scene, including Maurice-Grey, tubaist Theon Cross (Sons Of Kemet, Fyah), keyboardists Sarah Tandy and Joe Armon-Jones (own bands and serial guest spots) and guitarist Shirley Tetteh ( Nérija, Camilla George).

Other ex-London releases scheduled for February and early March 2019 are Theon Cross' Fyah (Gearbox), Sarah Tandy's Infection In The Sentence (Jazz Re:freshed), Binker Golding and Elliot Galvin's Ex Nihilo (ByrdOut), and Shabaka Hutchings / The Comet Is Coming's Trust In The Lifeforce Of The Deep Mystery (Impulse). Watch this space.