The Comet Is Coming are a London-based band who incorporate elements of jazz, electronica, funk and psychedelic rock. They are signed to The Leaf Label and released their debut EP Prophecy on limited edition 12" vinyl on 13 November 2015, with the full-length album Channel The Spirits following on 1 April 2016. The band members go by the pseudonyms "King Shabaka", "Danalogue the Conquerer" and "Betamax Killer"; who are saxophonist Shabaka Hutchings, synth player Dan Leavers and drummer Max Hallett respectively.

The imagery associated with the band is based around outer space, science fiction and B-movies, as can be seen in the music videos for their singles "Neon Baby" and "Do the Milky Way", as well as in song titles and artwork. "Do the Milky Way" premiered on The Quietus. In a feature in The Guardian in April 2016, the group were described as the "true heirs" of cosmic jazz pioneer Sun Ra, and praised for their "fusion of jazz, Afrobeat and electronica in an improvisational, intergalactic mash-up". The Quietus wrote that although the band is "intrinsically linked to funk...and spiritually linked to all manner of cosmic music via their imagery (and love of space-creating echo and reverb effects), The Comet Is Coming has the feel of an utterly fresh sort of project".

King Shabaka elaborates on the cosmic side of the band and the connection to Sun Ra in the same article, when describing the crystal that dominates the cover of their Prophecy EP. He says, "The other thing about the crystal, metaphorically speaking, is the whole Sun Ra thing of creating your own myths. The thing I like that Sun Ra says a lot is the fact that societies that can create their own mythological structures are the ones that have their own agency. To the point at which you can dictate the terms of what's real and what's not real. The crystal in the hand forces you to create your own myth".

In August 2016, the band was nominated for the Mercury Prize for their debut album, Channel the Spirits.

In January 2017 the band was one of the recipients of the Momentum Music Fund through PRS for Music.

The Comet Is Coming band/orchestra London 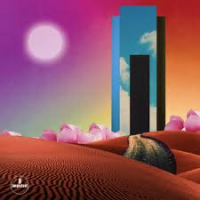 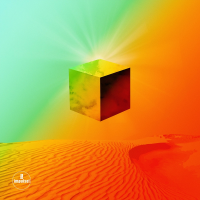 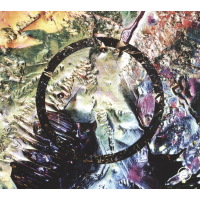 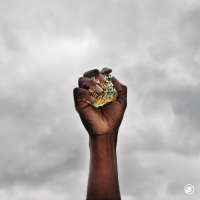 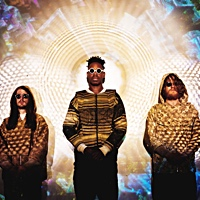 Help improve the The Comet Is Coming page

All About Jazz musician pages are maintained by musicians, publicists and trusted members like you. Interested? Tell us why you would like to improve the The Comet Is Coming musician page.