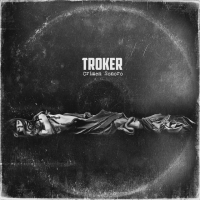 It's curious how the exact same things that attract one person to music will repel another. For example, I'm at my friend Mike's birthday party and we start talking about music we're listening to, and I bring up Crimen Sonoro, the new release by Troker, which my wife and I listened to in the car driving to the party. "Oh, my gosh," I begin to gush. "It is the coolest, most amazing stuff. It sounds like someone shot up Herb Alpert and the Tijuana Brass with Red Bull® and adrenaline and then dropped them into the studio with Jane's Addiction."

"That's right," concurs my wife. "That's exactly what it sounds like. It's awful."

For the past decade, Troker has pulled together threads of jazz, hip-hop and rock and twisted them up with the mariachi horns of their native Guadalajara, where they began as a bar band. Crimen Sonoro—which roughly translates to "Sound Crime"—is loud, sprawling, noisy and chaotic, which I mean in the most complementary way. "We've learned how to say what we want," suggests trumpeter Gilberto Cervantes, who teams with saxophonist Arturo "El Tiburón" Santillanes to inject the mariachi sound into the band's seething cauldron of rhythm. "We've played rock, we've played jazz. We've discovered who we are. We're happy in our own skins."

Those skins get around: Cervantes studied at the Berklee College of Music and subsequently worked with Brian Lynch and Danilo Pérez; pianist Christian Jiménez is the son of a blues guitarist; bassist Samo González has worked with John Medeski, Todd Clouser and Steven Bernstein; and drummer Frankie Mares has worked with Medeski, Bernstein, Clouser and Don Byron.

Troker sets Crimen Sonoro ablaze with the fearlessly musical "everything fits if you fit it in right" spirit of Frank Zappa, Esquivel—even The Clash—and other iconoclasts, and "Príncipe Charro" encapsulates everything that's good about it: A brief but jazzy organ trio interlude; hard-driving rhythms born from progressive rock, hard rock and hip-hop; pungent and swinging Mexicali horns; and samples and scratches and loops, all swirled together into a magisterially colorful and unruly sound.

Several other tunes hit this same unique sweet spot. "Femme Fatal" journeys through a dark film noir soundtrack sound, with conjoined horns chasing our dangerous heroine through explosions, sirens and screams. "Tequila Death" opens with an electronic buzz like the warning approach of a stinging wasp (or advancing hangover) and then stomps into a deep and hard rhythm. In "El Loco," the saxophone and trumpet harmonize through a quicksilver horn arrangement before Cervantes blasts through what is best described as a Mexican jazz rock 'n' roll trumpet solo.

No matter how abrupt or complicated the changes to its rhythms, beats or tempos, Troker keeps Crimen Sonoro connected and tight. "We wrote this music to be played live," explains bassist González. "Concerts are about the energy flow, taking the waves from low to high, and that ride is what we tried to capture on the album."