By Greg Simmons
August 3, 2011
Sign in to view read count 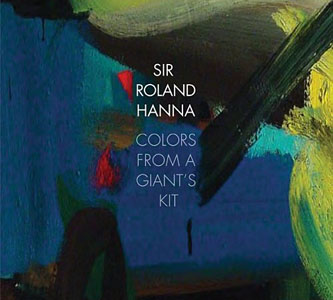 Sir Roland Hanna (1932—2002) recorded a series of undated solo piano sessions for IPO founder Bill Soren, some of which are now released as Colors From A Giant's Kit. Vault finds—those undiscovered recordings that have been made, shelved and largely unheard for decades—can be some of the most entertaining recordings in jazz. How marvelous to listen to a new album that has never been heard by the masses until long after the artist is passed, like a specter from the beyond?

It's particularly rewarding, if the recording proves to be a high-quality affair, cutting a swath of material from the performer's own compositions and some choice selections from other masters. Hanna was a tremendous pianist, and this recording highlights his powerful, propulsive sense of rhythm, and a big, full delivery that is never shy about delivering all of the volume eighty-eight keys can muster. Even on ballads, such as his slowed treatment of the Billy Strayhorn's "Lush Life," he pounds the keys. There are very few soft, quiet notes out of the dark here.

This record covers an eclectic mix of genres, but has a very consistent and distinct style throughout. The title track is a big, brash gambol that would be right at home in any number of Broadway musicals. But the subsequent "Natalie Rosanne" sounds more Ludwig Von Beethoven sonata than jazz jaunt. Hanna's "20th Century Rag" employs a bouncy left-handed rhythm, fully capturing the Scott Joplin-esque tempo, but delivered with a sophisticated, and fully voiced melody that, again captures elements more closely associated with classical music. His treatment of John Coltrane's "Naima" is lush and romantic, with the added beauty of a plump, two-handed chord structure, and his spirited interpretation of "In A Mellow Tone" might be one of the most in-your-face loud versions of this song ever committed to tape.

With such broad selection of music, reflecting so many branches and eras of the jazz tree, there might be a danger of producing a disjointed record. But there is a common binder, which is Hanna's playing. His style is so consistent and distinctive that he weaves the songs to each other, creating a whole statement that is his alone.

Here's hoping that there are more unheard tapes in this vault, because if they're as satisfying as Colors From A Giant's Kit they will be welcome, indeed.