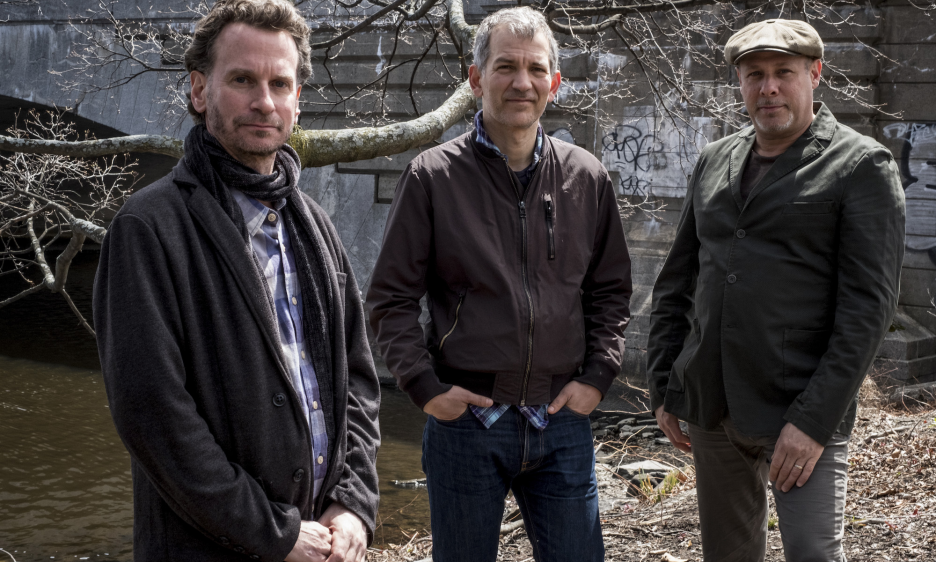 After the prolonged dry spell of concert-less months owing to the Covid Pandemic, pretty much any live music was likely to attract an audience to the Konzerthaus in Vienna to experience the magic of space and sound in person, and in real-time once again. The fact that Brad Mehldau's trio would be one of the first acts re-opening the long-awaited Austrian live season only made that event even more desirable. In the trio's fifth appearance in total at the popular venue, Mehldau, Larry Grenadier and Jeff Ballard let the audience forget that they were wearing masks for a little while and showed no signs of Pandemic-wear or tear in a cooking evening that shuffled through ballads, originals and head-on swinging bars with ease.

Seating an audience of roughly 2000, the rather spacious Konzerthaus wasn't sold-out but, as a precaution in light of the Pandemic, filled to under half of its capacity, making for an even more unusually resonant acoustic setting for an acoustic jazz trio. As a result, the long-standing group (Ballard joined in 2005) adapted its at times robust manner of interacting to the reverberating room while keeping the set lively, nonetheless. Mehldau of course has kept active during the Pandemic, compiling a number of solo meditations from the first lockdown in 2020 on Suite: April 2020 (Nonesuch Records, 2020), before presenting an ambitious orchestral exploration in collaboration with the Orpheus Chamber Orchestra on Variations On A Melancholy Theme (Nonesuch Records), to be released in June 2021. None of that music however played a part in the trio's set, which was instead decorated with handsome standards and a couple of Mehldau originals— some old, one new.

Kicking off the program with "Twiggy," from the pianist's 2012 album Ode (Nonesuch), the trademark Brad Mehldau Trio characteristics were unmistakable from the start. Elegantly interwoven melodic figures found the pianist braiding his signature contrapuntal left-and right-hand trades-offs into the changes, seamlessly acted upon by an attentive Grenadier, whose own cues never go unnoticed by Ballard's constantly alternating polyrhythmic exercises. It's all complex but it blows over easy, like a breeze. The audience was quiet and perceptive as the trio demonstrated an exceptionally relaxed posture throughout the evening, with Mehldau addressing the spectators through the set. With a slow strutting version of the Beatles' "Baby's in Black" the trio briefly drew from Mehldau's Beatles solo set, presented at the same concert hall not even a year ago. Polished in a similar vein as the trio's 2016 endeavor Blues And Ballads (Nonesuch Records), which also saw the trio revisiting Lennon and McCartney evergreens, the slow blues fit the group like a glove, easing the listener into an evening that was about to become a lot swifter.

"The Bell And The Dragon" was a new Mehldau composition and the only new original material presented on this occasion. It's also sure to stand among the pianist's most complicated but ingenious compositions to date—seemingly bringing Ballard to stumble in more than one instance toward the conclusion of the track, most of all owing to an all-consuming rhythmic intricacy. It's a fast-paced show of force that alternates baroque harmonic passages with lyrical melodiousness and choppy deconstructed rhythms all at once. The demonstration also turned the spotlight on Grenadier, who contributed exceptionally invigorating solos throughout the evening to wide and jubilant applause.

With Thelonious Monk's "Skippy" and the Cole Porter-penned "From This Moment On" the trio showed off brilliant passages of tight-knit interplay and smooth solos, converting the opulent concert hall into a smokin' hot club for a rich half hour that also included the swaying melancholia of "Autumn in New York" and a lyrical reading of "Here's A Rainy Day," 'delivered as a mid-tempo romp. As usual, Mehldau's live persona wasn't the extroverted virtuoso sort, instead acting as the kind of leader whose brilliance only shines in combination with his sidemen. His diligent solo sequence during the second half of "Autumn in New York" was therefore rather more of a patient harmonic meditation than an arpeggio and scale-run-filled spectacle.

John Coltrane's "Satellite" was the first of two encores, seeing the audience off with the same relaxed poise it was greeted with. The song's dichotomous head brought Coltrane's other composition "Moment's Notice" to mind, whose loose feel seemed channeled in the trio's performance—proving a late highlight of the evening before Mehldau's progression-cycle "unrequited" gently drew the figurative curtains to a close. Mehldau, Grenadier and Ballard seemed happy to be able to do their jobs again. The audience appeared overjoyed.