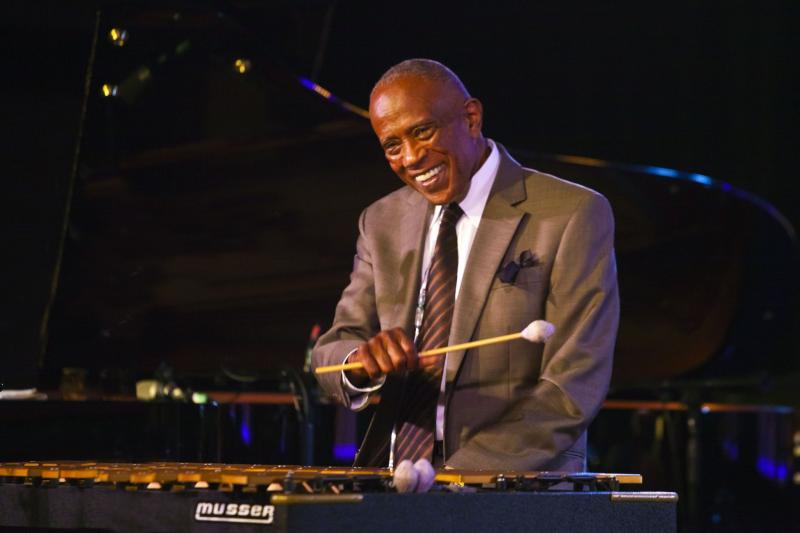 No, not that contemporary American icon. I'm talking about Bobby Hutcherson, one of the greatest practitioners ever of the curious art of making the vibraphone sing and a jazz composer of unparalleled wit and invention. Hutcherson laid his mallets down for good last August, and the world has seemed a measurably cheaper and meaner place since then.

So cheers to SFJAZZ for presenting a touching and musically adventurous tribute to one of its own. Hutcherson, who settled in San Francisco for good in the late 1960s, was an early backer of SFJAZZ and inaugural leader of the SFJAZZ Collective.

The current version of the Collective, aided by various high-wattage guests and led by contemporary vibes master (and one of Hutcherson's most prominent disciples) Stefon Harris, offered a thoughtfully chosen mix of Hutcherson originals and affiliated tunes to honor a fallen comrade.

Harris proved himself to be a masterful interpreter of Hutcherson's style: Capable of both delicately nuanced passages and blisteringly fast runs, but never employing technique for its own sake. Blessed with a precise feel for the limits of his instrument and always curious about stretching them. Fascinated with the creative possibilities of the sustain pedals. It all came together beautifully in a transcendent reading of Gershwin's "I Loves You Porgy."

Collective member Warren Wolf is no slouch on the vibes, either. Put the two together, plus drummer Obed Calvaire on marimba and pianist Edward Simon looking a bit underemployed on glockenspiel, and you had a veritable mallet symphony as the group cruised through Hutcherson's "Color Schemes," a brilliant tribute to Hutcherson's structured by flexible style of melodic construction.

For star power, highlights included guitarist Bill Frisell and sax wonder Joe Lovano joining the Collective to take a run through Grant Green's "Idle Moments," a tribute to Hutcherson's status as a key architect of the 1960s Blue Note sound and disappointing only for the throttled sound of Frisell's Telecaster. The guitarist, joined by Joshua Redman and Terence Blanchard, acquitted himself much more effectively on a frisky, Latin-flavored stomp through "Highway One," a reminder of Hutcherson's considerable chops as a party catalyst.

The commemoration ended on a warm, ethereal note with a trio of deeply touching performances. First up was master vocalist Mary Stallings, backed by Wolf on luminous reading a "The Very Thought of You," a song Stallings recalled performing with Hutcherson at a memorial for one of Hutcherson's favorite in-laws. Next was "Hutcherson Hug," an original by Collective trumpeter Sean Jones that convincingly captured Hutcherson's warmth and generosity, not the least for Wolf's evocative and achingly tender performance.

Finally, it was Hutcherson's "Now," a kind of secular prayed that showcased not only Hutcherson's ability to create complex harmonic beauty out of the simplest of elements —in this case a six-note melodic motif —but his ability to grab a bit of something greater than you, me or him. By the time the tune wound down, I and I suspect a lot of the audience felt better, knowing that while Hutcherson may be gone, his brilliance and generous spirit will be with us for a long while.