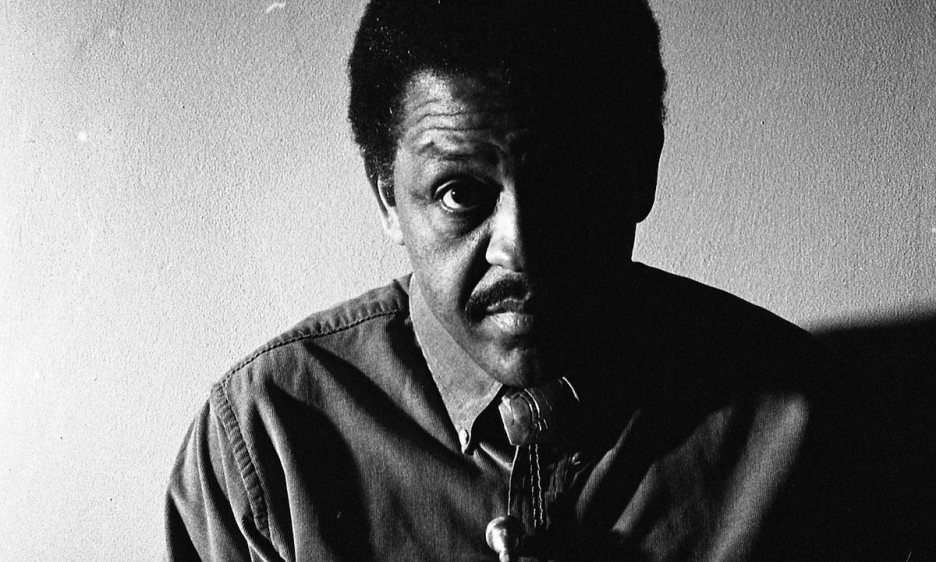 By DANIEL GRAHAM
June 6, 2018
Sign in to view read count
In 1991 the prolific saxophonist David Murray recorded Death Of A Sideman (DIW), an album that put a spotlight on the compositions of Mississippi born cornetist Bobby Bradford. A long time coming, Bradford's music was finally receiving the kind of recognition it deserved, and from one of jazz's biggest names. Murray had been a student of Bradford's back in 1974 at Pomona College in California, where the cornetist still teaches to this day. Bradford's story, however, started in earnest in 1969 when he and John Carter released their debut album Seeking (Revelation Records) under their group name of the New Jazz Art Ensemble. Turn the calendar back another decade and we see that, despite having played trumpet in Ornette Coleman's band prior to Don Cherry, Bradford would have to wait many years before receiving the level of recognition his music warranted. Being a West Coast "Free Jazz" player would be an uphill struggle for Bradford and his long time playing partner John Carter with precious few records to show for their efforts. What they did manage to release, however, can today stand comfortably alongside the records of wider known exponents of the music such as Anthony Braxton, Peter Brötzmann, Cecil Taylor and Evan Parker. Although rooted in the free form blues of Ornette Coleman's early albums for Atlantic, Bradford's music took that initial inspiration as a point of departure to improvisational and instrumental realms that would mark him out as one of the most resilient, thoughtful and melodically aware trumpeters of the past fifty years. Over a period of a week in three separate interviews, I spoke with Bradford by telephone in his home in California where he has lived for several decades. A true gentleman and natural communicator, Bradford's long career encapsulates everything a musician must be prepared to face if they are to dedicate their life to the pursuit and creation of jazz music.

Bradford was born in 1934 in Cleveland, Mississippi, and for lack of a school music programme took piano lessons at the behest of his mother. After moving across the USA with his family as his father searched for work, they eventually settled in Dallas in 1946. It was here that Bradford first discovered the cornet, the shorter and punchier version of the trumpet that would many years later become his instrument of choice.

"There was a guy who lived right across the road from us who played the cornet. He'd sit there and play the cornet and I somehow became fascinated with him. He wasn't playing jazz, just pretty songs. I went over to this guy and said "I can play that!" and he said "Oh, you're kidding!! It takes a lot to play this horn."

In what was a very tight knit, Black community, Perry Como and Bing Crosby songs filled the radio airwaves of the day. Occasionally you'd hear Benny Goodman or Duke Ellington but jazz was something of a rarity. Bradford soon learned the Harold Arlen standard "Blues In The Night" on the cornet (as it required only the middle valve to be used, Bradford recalls), much to the surprise and delight of his cornet playing neighbour.

"All I had to do was be locked up in a room for a while and figure it out," Bradford explains.

Although Be Bop was the new music in jazz at that time in New York City, it wasn't quite making its way to Bradford's home town of Cleveland which had a population of around 5,000 in the mid 1940s. Access to Be Bop at that time was through records. Local musicians would gather together in their homes, listening fervently to 78s by the likes of Dexter Gordon and Fats Navarro who would prove to be a lifelong influence on Bradford. The song Bradford remembers most fondly was a 12-bar blues called 'Index,' a simple tune reminiscent of Charlie Parker's "Now's The Time." Indeed, it was the blues that would permeate most persistently throughout Bradford's later career, an influence consolidated some years later when he would meet, and subsequently play with, Ornette Coleman. Some of Bradford's schoolmates in the late '40s would years later rank amongst the great names in jazz such as James Clay, David "Fathead" Newman and Cedar Walton. Notable was their willingness to share ideas and compare notes, learning to play jazz together. As the saying goes, "A rising tide lifts all boats."

"Sometimes at the end of the day, we'd all trade ideas about something we'd transcribed off records. At the speed of the 78 record you could keep putting the needle back until you got the part clear. There were no books at the music store about jazz at the time."

When Bradford got his first live experience of hearing Be Bop it was courtesy of trumpeter Johnny Coles (much later a Mingus sideman) who came through town with Bull 'Moose' Jackson. Bobby Bradford, Cedar Walton and James Clay were playing almost entirely by ear at that time, doing the best they could. One could conjecture that learning jazz this way, in an unacademic manner later married up to a more scholarly approach, is what gave that generation of musicians such distinctiveness as players and soloists. You have on the one hand a natural, instinctive understanding of the music, deeply embedded in the blues, that reaches a fuller expressive power through a more scholastic methodology. Listening to records was one thing, but the idea of making a career from playing jazz was inconceivable at the time. It would be several years until Bradford would become a teacher of jazz, let alone a full-time player.

"I never had any idea that I'd be involved in music as a profession or a career. If you were in a Black middle class family, there was a great deal of emphasis on going to College. In fact sometimes we said jokingly in the Black community "What's your kid going to be? Doctor, Lawyer, Preacher, Teacher." That was the reality of it. Duke Ellington, Count Basie, Billy Eckstine were all very visible at that time but we looked at them and thought "Now, that's very special. Not everybody's going to do that..."

A few years later Bradford would form perhaps the most significant musical relationship of his career before meeting saxophonist John Carter in the late 1960s. A favourite expression of Bradford's is "As fate would have it" and fate was about to shine its unpredictable light on the young trumpeter.

"In 1952, at Charles Moffett's wedding reception in Texas, Ornette Coleman was the best man. I didn't know Ornette but word was out that there's this guy from Fort Worth who wears his hair real long, he's weird and he plays some pretty far out stuff but that's all we'd heard."

In what must have been a pretty unique Wedding Reception band, Ornette Coleman and fellow saxophonist Leo Wright kicked off a jam session. Tin Pan Alley tunes were soon replaced by what Bradford terms "the Ornette Coleman assault." Coleman's harmonic extensions prompted bafflement from the guests and fellow musicians but instant approval from Bradford. It would prove to be a watershed moment in Bradford's life, both musically and personally. Coleman would not only exert a hugely important musical influence upon the trumpeter but a personal one as well. The influence of Charlie Parker at the time was immense, and on all instrumentalists, not just saxophonists. It took someone truly revolutionary in spirit, unafraid in character and utterly fluent in natural (not studied) technique as Ornette Coleman to break through that influence to forge a clear, bold new direction in the music.

"It was clear that he'd already heard Charlie Parker and had embraced, even digested, the articulation of the Bebop style. He was already inspired enough to think he had something to say that should be heard. I didn't understand what Ornette was playing, but I liked it."

Bradford goes on to explain the unique alchemy that Coleman possessed.

"Around 1953, Ornette wasn't very adept at precise notation. He had no formal music training, he was what one would call an autodidact. The things he did know, he didn't know them by the name that you call them. He once said to me "Sometimes I will yield to whoever is the strongest voice when we're playing." That kind of thinking made a lot of players nervous."

Up to this point, the formal structure of jazz was the determining factor in the creation and execution of the music. In other words, the chord structure of the classic song form would act as the bedrock, the safety net even, for the less adventurous players. However for the real trailblazers of the day, from Sonny Rollins to Charles Mingus, this structure was instead a point of departure to regions more far flung. For Coleman, who told Bradford "I don't want to do that. I want to be creative so that I can follow my impulses," this still wasn't enough. Bradford eventually understood that this approach to music was one that required a total command of one's instrument. With this bold musical conception came psychological freedom as well, including the freedom to move beyond the teacher's edict of 'Be Free.' One of the lost treasures of jazz must be the unreleased recordings that Bradford made with the Ornette Coleman group. Apart from Science Fiction and Broken Shadows in the 1970s, there remains no record of Bradford and Coleman playing together, surely one of the most sought after periods of recorded jazz that stubbornly remains lost. Bradford, however, hints this could change.

"He had tapes everywhere. There was one occasion where we recorded a piece of his called "The Sun Suite" at UCLA Berkeley with about 20 musicians from the San Francisco Symphony Orchestra, me and Dewey Redman, Charlie Haden and Ed Blackwell. There was also one occasion where we played at the Jazz Gallery, in the 1960s. Ornette had tons of recordings, he never threw anything out."

Jazz is characterised as much by soloists as it is by meaningful and fruitful collaboration between musicians who bring out the best in each other and in themselves, occasionally from opposite ends of the playing field. Indeed, it's this contrast that sets into relief each individual's special qualities. Think of the sparse, Byronic melodies of Miles Davis opposite the cascading ceaselessness of John Coltrane in the late 1950s, or the colossal abstractionist blues of Cecil Taylor alongside the pointillistic superbop of Max Roach in the late 1970s. Like minds come together just as opposites attract. Bobby Bradford and John Carter could be both at the same time, and pushed the boundaries of their instruments to electrifying heights over a steady, twenty-year period.