Behind the Lens With Chuck Koton 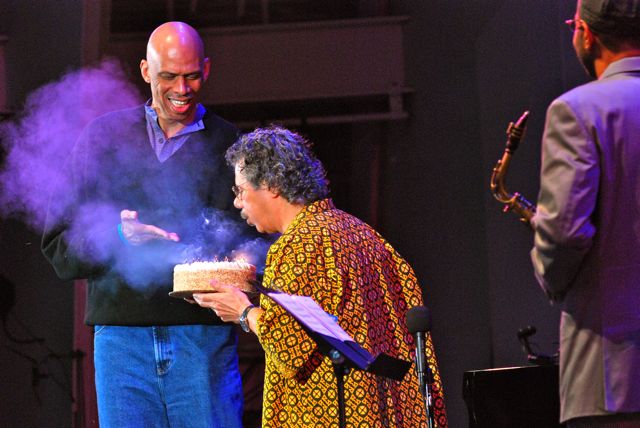 By CHUCK KOTON
July 9, 2012
Sign in to view read count
Meet Chuck Koton:
Born into a family of photographers, I began carrying a camera around with me as a teenager. Eventually, I even set up a darkroom in my parents' Bronx apartment.

Around the same time, I began my lifelong love affair with jazz. One night, I came across my older brother's copy of Miles Davis' Someday My Prince Will Come. The album's provocative cover photograph and the band's irresistible sounds guaranteed that my life would never be the same.

During my junior year in high school, a couple of friends and I began taking the "A" train down to Greenwich Village. We spent many nights hanging out at the Village Vanguard, the Village Gate and other clubs, mesmerized by the likes of Pharoah Sanders, Art Blakey and The Jazz Messengers and Rahsaan Roland Kirk. Naturally, I often took my camera along to preserve the memory of these incredible performances.

Around 15 years ago, I resolved to put my energy and resources into documenting these brilliant, dedicated and too often underappreciated artists. My approach to capturing jazz in an image is to try and convey through light, shadow and motion what the music and the musicians have always conveyed to me: dignity and the spectrum of human emotion.

Gear:
I swore I'd never use a digital camera but one morning the great sax master, Azar Lawrence, called me because he needed a few photographs. I told him I was honored he'd asked and that i could get a few prints back to him in a few days. When he told me he needed them right away, I went out and bought a Nikon D80. I always also shoot film with my Nikon 8008 and an 80-200mm 2.8 Nikon lens. On certain occasions, I will also shoot with a Hasselblad.

Teachers and/or influences?
My father gave me informal tips as I was beginning to shoot. Otherwise, I've been mostly self-taught. When I began buying jazz albums, I was struck by the dramatic Blue Note covers shot by Francis Wolff. Later, I saw the famous smoke-filled photograph of Dexter Gordon, shot by legendary jazz photographer, Herman Leonard. I was fortunate to have had the opportunity to meet Mr. Leonard several times during which he conveyed to me his pure and undiminished love of these great jazz musicians.

I knew I wanted to be a photographer when...
as a child, I'd watch my Dad go inside the darkroom he'd built in our Bronx apartment. He would turn out the lights, turn on an eerie red light, flash a light on to a blank piece of paper, and then, miraculously produce a beautiful black and white image.

Your approach to photography:
I try to keep my eyes open all of the time, focus on the vital and filter out the superfluous.

ADVERTISEMENT
Your teaching approach/philosophy:
Get close to the subject, and then get a little closer.

Your biggest challenge when shooting indoor (or low lighted) events:
The biggest challenge to shooting indoors is the low level of light. This necessitates the use of a fast lens and fast film. Furthermore, we jazz photographers are at the mercy of the stage set and the lighting crew. Sometimes the band stand has a distracting background and the lighting effects are less than perfect. Most importantly, I like to be in a good place to shoot while being as unobtrusive as possible. There is nothing more annoying to me than a photographer who moves all around the stage, shooting with no regard for the musicians or the audience. 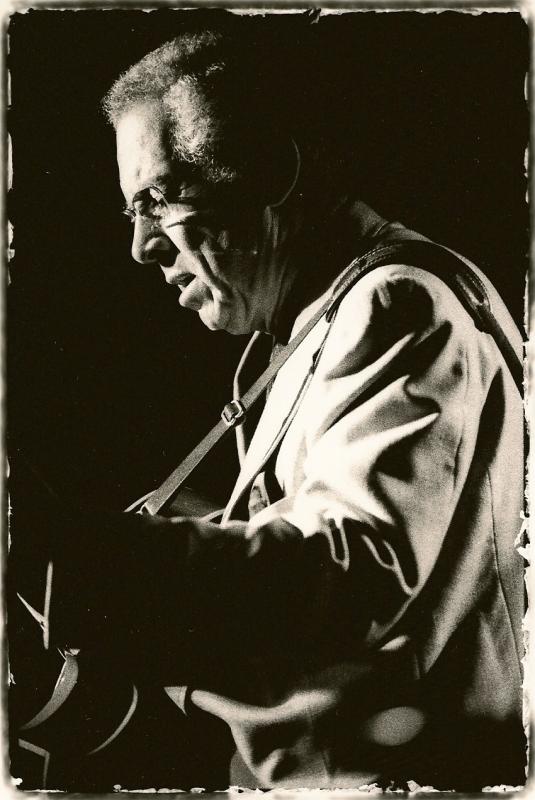 Your biggest challenge when shooting outdoor events:
In shooting a large outdoor venue like the Monterey or Playboy Jazz Festivals, the big challenge is to try and get a shot that is different from the other 50 photographers. Also, pushing and shoving with the other "photogs" to get a better angle is dispiriting, to put it mildly.

Favorite venue to shoot:
The late, great Jazz Bakery was my favorite venue to shoot. The Bakery had a perfect, neutral background and, since seating was on a first come first serve basis, if I arrived early, I had my choice of angle to the stage. The Bakery was/is a non-profit venue and, thanks to the efforts of the inimitable and irreplaceable Ruth Price, jazz lovers and musicians alike never had to deal with the typical annoyances of night clubs, like whirring drink mixers and the constant movement of the wait staff. Thankfully, Ms. Price has succeeded in getting the ball rolling on the Bakery's resurrection.

Favorite festival to shoot:
Monterey! There is just so much to shoot. So many stages, so many musicians and so many people. And good food, too.

Where was your first assignment location?
The Monterey Jazz Festival was my first actual assignment. It did not begin auspiciously as the rains came on Friday night. But the weather cleared by Saturday morning and though it was difficult to decide what stages to attend, I had a great time and got quite a few sweet images.

Your favorite musician(s) to photograph:
The late, great alto saxophonist Frank Morgan was my favorite musician to shoot because he was an extremely expressive human being. Frank and I became friends and, though I'd always apologize for constantly pointing my camera at him, he'd reassure me and tell me to go ahead and shoot whenever I wanted.

Did you know...
that until about 15 years ago, I was too shy to barely mumble "nice gig" to a jazz musician? But then I became friends with the late, great jazz drummer Sherman Ferguson. Sherman and I met at the Jazz Bakery between sets. He'd seen me shooting, and asked if I had any good shots. Well, eventually, we'd hang out and I showed Sherm some of my jazz images. He liked them and encouraged me to get on the staff at All About Jazz. The rest is history and I'll be forever indebted to my man, Sherman

Your favorite jazz story:
Sometime around 2005, I was at the Jazz Bakery for the fifth night of a six-night engagement by Pharoah Sanders. Every set that week was transformative; Pharoah was blowing with as much intensity as ever. 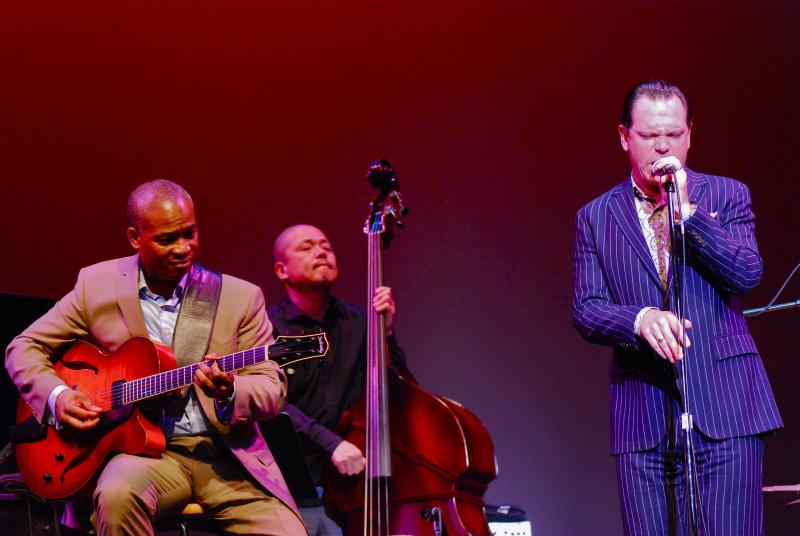 Well, as the second set began, Sanders called up another tenor player who joined him on stage for what would be one of the most fiery tenor encounters I'd ever seen. Yet, I didn't recognize this bad sax man. Who could it be? Pharoah surely wouldn't invite just anybody to join him on stage. When the set ended, I waited by the exit to try and speak with this mystery man. Eventually, he came out from the dressing room and as he approached me I introduced myself and told him how much I enjoyed his performance. I embarrassingly apologized for not knowing who he was. Then he told me his name, Azar Lawrence. I was flabbergasted. I had heard Lawrence on McCoy Tyner's compelling live recording, Enlightenment—I even had his own Summer Solstice—but I hadn't heard his name in decades.

From that moment on, I made sure not to miss any of his performances. Lawrence was beginning his return to the top of the jazz scene, a summit he'd already reached by the time he was 21 years old. Since that time, Azar and I have become good friends and though he is once again performing all around the US and Europe, I rarely miss any of his West Coast performances. I recently returned from a 2012 Bay Area benefit for the Healdsburg Jazz Festival. Azar even gave me a preview of a cut from his upcoming CD, which he recorded live at the Jazz Standard this past winter. It's a killer. I don't think there's anyone out there blowin' with more power and emotion than my man, Mr Lawrence!

View more Chuck Koton photos at All About Jazz