By Mark Corroto
May 12, 2010
Sign in to view read count
Mood, ambiance and atmosphere are the basic building blocks of music making. Taken at its essence, music is made up of these three components. In generating sound—especially experimental, improvised sound—getting to the essence is a major victory for musicians. And, although it may appeal only to the adventurous listener, there is an importance to bare bones improvising that bears witnessing.

French trumpeter Christian Pruvost is a member of the large ensemble Circum Grand Orchestra and a player very much in the tradition of Axel Dorner and Greg Kelley. His solo effort Ipteravox is a 29 minute session of five diverse tracks.

Pruvost's sound design pushes the trumpet beyond exhaled breath, to encompass inhalation. This full- bodied approach abandons minimalism for a more aggressive sound. Pruvost spits notes in percussive patterns on the title track and mines the reverberating distortion on "Feedback Plate." He is not timid about presenting edgy, unpleasant sounds that challenge the ear. His music is in-your-face noisy and bellicose.

It is not until the last track, that Pruvost settles into a predictable pattern. "Troupie," the highlight of the session, begins as a continuous electrical vibration on which he alters pitch and wavelength. The crackling trumpet is heard as a dusty 78rpm piece of vinyl that resolves itself as breath. 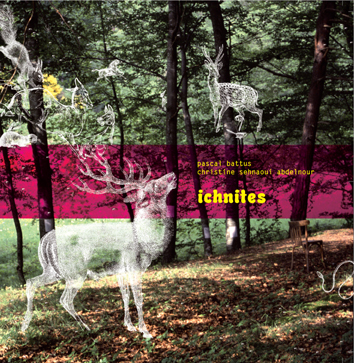 The combination of the mechanical and the manual overlay this improvisational duo from Lebanese-born alto saxophonist Christine Shenaoui Abdelnour and Pascal Battus. Battus plays, manipulates, or perhaps sets in motion rotating surfaces, explained in the liner notes as, "small, motorized components from inside old Walkmans, used as exciters on different objects reacting as vibrators and resonators: sheets of paper, cardboards, plastic, wooden, metal, polystyrene pieces, and stems connected to cymbals."

Certainly, the swing isn't the thing here. The sounds are all about texture and the weave of the electric with the breath. Shenaoui Abdelnour's designs are fixed upon extended saxophone technique; flutter, breath and pitch are her tools. The pair achieve an improvising harmony between the various frequency and tones Battus generates with his small motors that work upon varying flotsam.

The music—the sound—bristles and pops with electricity. The pair achieve a sort of visual and tactile response from their sound generation. Their hum and pop roots out a visceral answer, that raises the awareness in sort of 3-dimensional experience. 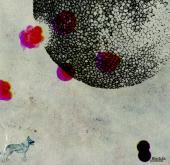 Part poetry and part performance art, the duo of percussionist Cristiano Calcagnile and vocalist Monica Demuru, known as Blastula, is sheer delightfulness. Demuru, the Italian equivalent to America's Shelley Hirsch, delivers the spoken with the sung in multiple flavors. Backed by drummer/percussionist Calcagnile, the experience is theatrical, and the delivery is varied.

The songs draw from varying texts, spoken pieces, poetry and wordless sounds. Demuru ranges from childlike chatter to the craggy, croaking of her gruff voice. She can sing like an angel or swear like the devil. The vocals are backed by various percussion works from heavy drumming to light bells. The spoken and sung Italian draw from folk works to popular culture, yielding surprising results. This multifarious recording is pure euphoria and a fantastic discovery. 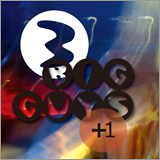 Click, click, click. These 17 improvisations by four improvising musicians are taken from compositions sketched out on cocktail napkins from a hotel. And, maybe if it weren't for the talent of the assembled four, then sketches wouldn't be enough. But these diagrams, sometimes sounding like preliminary drafts, present a consistent and compelling recording.

The Chicagoans, guitarist Jeff Parker (Tortoise, Chicago Underground, Fred Anderson) and bassist Tatsu Aoki (Miyumi Project, Roscoe Mitchell, Fred Anderson), team up with New York drummer Elliot Humberto Kavee (Henry Threadgill, Myra Melford, Rudresh Mahanthappa) and saxophonist Francis Wong (Miyumi Project, Anthony Brown, Jon Jang) from San Francisco. The music created affects a calm approach to improvising. The various parts are delivered in an equally measured manner. That is, they refrain from grandstanding. Is it Parker's unaffected manner that rubs off on his mates? Or maybe the coolness was the notes taken down on the napkin. By whatever route, hese 17 improvisations arrive without pomp or any hints of grandeur.

The music is sneaky that way, unfussy, simple improvisations based around a simple pulse, generally supplied by either Aoki's woody bass or Kavee's drum set. Kavee eschews the jazz beat for more modern sounds. Wong and Parker take the metropolitan sounds in their stride, maintaining their mollifying sound. This recording is both cunning and subtle. It lulls the listener into perhaps not noticing the improvisations; it requires repeated listens. 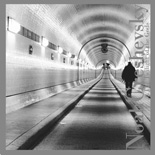 Noah Creshevsky
The Twilight Of The Gods
Tzadik
2010

Composer Noah Creshevsky's music, a self-titled "Hyperrealism," is his designation for the electroacoustic compositions he mixes into individual tracks. The eight examples provided on The Twilight Of The Gods range from a Spanish guitar mash-up to a klezmer collision. Creshevsky's passion for sampling extends from the classical to popular sounds. His technique of swift cut and collage explodes sounds in a manner not dissimilar to a 3-D pop-up book.

Saxophonist John Zorn, label chief of Tzadik and composer of his own "file-card" music, has found a kindred soul in Creshevsky. Both composers love the shock of juxtaposition. This releases follows Creshevsky's To Know And Not To Know (Tzadik, 2007). Maybe the closest comparison might be to John Oswald of plunderphonics. But where Oswald was a pure sampler, Creshevsky mixes samples with his selection of musicians to create sounds which he then cuts and pastes into his compositions. The opening track "Gotterdammerung" plays like a Carl Stalling cartoon, switching from space-age bachelor pad music to swing to speed klezmer within the four minutes the song allots. Elsewhere modern classical gets blenderized into frenetic bites of sound.

Improvised music and poetry collide once again for the firm of Bennett, Marotta & Bennett—vocalist John M. Bennett, guitarist Larry Marotta and percussionist Ben Bennett—who are christened for this recording as La Caja. These three improvisors perform the sound-based poetry of avant-garde writer and mail artist John M. Bennett in two sets recorded in May, 2009 at Skylab in Columbus, Ohio.

Bennett, a prolific poet, creates his own language that is part Spanish/part English, but mostly meditations on the pronunciation of vowels and consonants. Like his frequent collaborator saxophonist Jack Wright, applying extended techniques, Bennett's method is one of torturing sound out of meaning, or perhaps meaning out of sound.

His words are perfect fodder for a master of extended guitar techniques like Larry Marotta. The accomplished player has gained wide attention for his film scores to early avant-garde films of Marcel Duchamp, Orson Wells, Buster Keaton and Man Ray. With Bennett, and his son Ben on percussion, the two sets heard here are a great introduction to unique vocalizations and first rate improvising.

The Twilight Of The Gods

Cradled In The Big White Phone