BY JOHN SHARPE
January 1, 2018
Sign in to view read count 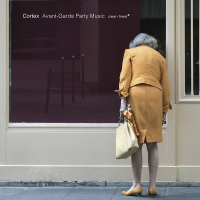 Key to the success is the way Johansson's charts provide such fertile and varied frameworks within which to display the group's top notch chops. While the themes echo the sort of thing that might be heard on seminal discs by Don Cherry, Archie Shepp and Albert Ayler, the arrangements and solos betray 50 years of increasing sophistication.

"Obverse/Reverse" supplies a case in point. A staccato unison introduces an unaccompanied shimmering pizzicato feature for Høyer, which proceeds with a mix of pointed ensemble interjections and dissonant improv fragments. Next Nilssen's chattering drums take a turn in the spotlight, as the interruptions become more emphatic, until a final switchback into a strolling jazzy rhythm buoys up a relaxed blues-inflected tenor saxophone excursion for Alberts, followed by a return to the opening gambit.

But choosing any track would serve up a similar tale. The opening "Grinder" contrasts a free time setting for the saxophonist's extended lines and choked wailing, with a pulsing vamp for Johansson's waspish trumpet. The rapid fire riffing of "Chaos" bookends first a punchy drum and brass duet, and then a tenor saxophone outing constructed from equal parts melody and skronk. It's all over in a flash. Perhaps most important, it sounds as if the band is having a blast. They would certainly enliven any party to which they were invited.