New releases and a focus on Caroline Davis

On this episode of the show you'll hear new releases from Ben Wilcock, Jake Baxendale and Jasmine Lovell-Smith, William Parker as a leader, and, Francisco Mela featuring Matthew Shipp and William Parker as a sideman. There's also a deep dive into jny: Chicago jazz in 2015 with a focus on alto saxophonist Caroline Davis and various bands she was involved with.Playlist Ben Wilcock “Sol Draconi Septum" from The River Tethys (Thick Records) 00:00 Jake Baxendale and Jasmine Lovell-Smith ...

Trios and quartets dominate this episode: three-quarters of the playlist are from groups of that size. Featured is German saxophonist Philipp Gropper and his quartet Philm with music from his new album Consequences. Another quartet heard for the first time is Ornicar from France, and OGJB is back. Of the threesomes, first timers are Gentiane MG from Montreal, Milton Man Gogh from Australia, Alexi Tuomarila from Finland, New York's Caroline Davis, Polish bassist Franciszek Pospieszalski, and England's free-jazz saxophonist Rachel ...

Reared in Chicago where she attained her PhD in Music Cognition at prestigious Northwestern University, alto saxophonist / composer Caroline Davis recently migrated to New York, while nestling into its fertile jazz and improvisational environs. And while this vibrant quintet date is perhaps more conventional than some of her freer works, Davis' complex harmonic fabrications ring loud and clear via these noteworthy compositions. Moreover, the album title refers to Davis' heart research to obtain a better understanding of its properties ...

After honing her skills on the jny: Chicago scene, Caroline Davis has rapidly established herself as an in-demand musician and educator in jny: New York, where she moved in 2013, and internationally. Her debut album, Live Work & Play, was featured on All About Jazz's best releases. The leader or co-leader of several interesting projects, ranging from her quintet to the duos Maitri and Alula, with Matt Mitchell, Caroline's voracious music interests, which go well beyond jazz, made her the ... 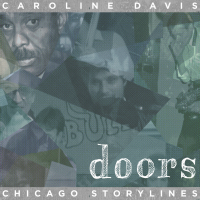 Doors: Chicago Storylines is altoist Caroline Davis' unique take on oral history. Interweaving original compositions with area musicians' narratives Davis reconstructs the history of Chicago jazz in a uniquely engaging and articulate style. On “Chicago Sound?" for instance, after a discussion on the type of jazz played in various neighborhoods, Davis plays soulfully with a cool swagger and embellishes it with clever and soulful ornamentations. Guitarist Mike Allemana follows with a blues drenched earthy improvisation. Allemana ... 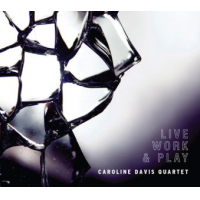 It's easy to become jaded in an ocean of music where many recordings sound so much alike. But every now and then something piques even great curiosity, as is the case with Live Work and Play , the captivating debut by saxophonist/composer Caroline Davis. Her abilities as a musician and leader signal not just another new voice, but one that is acutely focused, reminiscent of another striking female Chicagoan, saxophonist Matana Roberts. The factors that have shaped ...