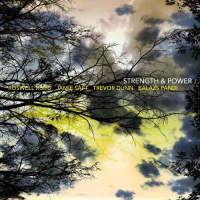 Octogenarian Roswell Rudd just released a frighteningly traditional recording with vocalist Heather Masse on the brilliant August Love Song (Red House, 2016). But that is not what he is most known for. Rudd has been a jazz freedom fighter who made his bones in the 1960s, when Rudd collaborated with free jazz functionaries: New York Art Quartet; the Michael Mantler & Carla Bley 1968 Jazz Composer, Cecil Taylor, Don Cherry, Pharoah Sanders, Larry Coryell and Gato Barbieri. Foremost in his ...

I am reading a book entitled When Breathe Becomes Air by Dr. Paul Kalanithi. The book details the most fundamental things of life, those things as close to us as skin. He derives his title from the 17th Century sonnet series by Fulke Greville, 1st Baron Brooke, an Elizabethan poet, dramatist, and statesman who sat in the House of Commons at various times between 1581 and 1621. Greville was no George Gordon, Lord Byron, much less a John Milton, his ...

Buckle up. This is one wild ride that cares not for your apprehension, concerns, expectations, or fears. Pianist Jamie Saft and two of his regular collaborators--bassist Trevor Dunn and drummer Balazs Pandi--got together with trombone icon Roswell Rudd to get down to the art of music making with nothing but their senses to guide them. It was an improvised session in its purest form--no charts, no sketches, and no preconceived notions about where things should or shouldn't go. These men ... 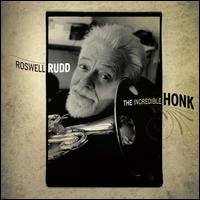 There is a distinct sense of the celebration of his 75th year on this good earth as trombonist Roswell Rudd continues the journey through his singular musical universe on his superb The Incredible Honk. Criss-crossing the paths he took when he first reconnected with ethnomusicologist producer and soul mate Verna Gillis, Rudd undertakes a sonic sojourn from the heartland of America, through Cuba, Scotland, continental Europe, the Far East and West Africa, returning to his beloved Kerhonkson. His musical cohorts ...

"Years ago it would have seemed an impossible dream to get to record with this musical magus, but here we are... and what a thrill!" class="f-right">--Charlie Kohlhase, From liner notes to Eventuality: The Charlie Kohlhase Quintet Plays the Music of Roswell Rudd (Nada, 2001) I see him suddenly as if in a dream. His eyes are somewhat cynical, questioning and beautiful. Wrinkles of laughter pucker up at the edges, and he reminds me of my father. ...

Roswell RuddTrombone TribeSunnyside2009 The Second ApproachThe LightSoLyd2009 The peripatetic, both geographically and musically, trombonist Roswell Rudd ranges far and wide on these two albums: a trombone-dominated romp involving five bands from two continents and a collaboration with a Russian improvising trio at a Moscow club. Trombone Tribe could well be called ... 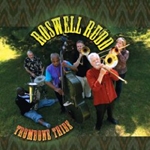 The trombone is perhaps the only brass instrument that can--if well played--capture a devastating array of human emotions. It can be made to wail plaintively and growl menacingly. It can be played to sing and make extraordinary leaps of joy, even evoke hallelujahs and other spiritual epiphanies with breathtaking abandon. But it must be played with mastery and few do so better than Roswell Rudd, a musician and instrumentalist who consistently describes the sorrows and joys of human existence every ...