For much of the past decade, Cuban-born pianist Fabian Almazan spent most of his time playing with Terence Blanchard who called him: “One of the great, young, new talent of his generation." Now 39 and based in New York City, Fabian earned his bachelor's and master's degrees from the Manhattan School of Music and was voted “#1 Rising Piano Star" by the Downbeat Critics' Poll in 2014. Currently pianist in the Mark Guiliana quartet, Almazan is the owner ...

This article was submitted on behalf of Melissa Denchak and originally published by the Natural Resources Defense Council. After nearly going extinct, vinyl has staged a billion-dollar comeback. This year, in a seventh year of double-digit growth, an estimated 40 million records have been pressed and sold globally, and the business forecast looks just as bright. Most record label owners are embracing the trend. But not Grammy-nominated pianist and composer (and environmentalist at heart) Fabian Almazan. ...

There is no doubt that pianist and composer Fabian Almazan's Alcanza is a unique and boldly inventive work. On it Almazan deftly fuses the tonality and stylings of a string quartet with those of his piano trio. He also adorns this captivating composition with the scintillating romanticism of guitarist and vocalist Camila Meza's hypnotic singing. The collective sound that results is more than just a sum of coexisting parts, instead it is an elegant and delightful musical amalgam.By ...

When his debut record, Personalities, was released in 2011, pianist Fabian Almazan put everyone on notice: this was a musician unafraid to take some big chances with his craft. That album began with a piece by Shostakovich (augmented with a string quartet and electronics, no less), and it effectively established the trajectory Almazan has continued ever since, in which classical, Latin, and post-bop jazz-based musical languages fuse together in ways that are consistently startling and path-breaking. Although he's proven himself ... 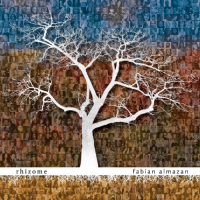 Pianist Fabian Almazan may have initially been recognized for his prodigious skills as a member of Terence Blanchard's ensemble but his debut Personalities(Biophilia Records, 2011) unveiled not only the depth he possesses as a musician but also something Blanchard realized in many of his own recordings--Almazan's forte as a composer. This should not come as a surprise since the young New York based rising star is involved not only in jazz but also filming scoring projects which included a Sundance ...

Intent is one of those intangible qualities that make a jazz musician. While traits like technical facility, memory, harmonic and rhythmic sophistication play a huge part in the career and development of the aspiring jazz artist, intention is the X-factor that can make a performance special. In an art form that demands spontaneity and thrives within improvisation, hearing what you're going to play before you play it--in some cases hearing it as you play--is crucial in order to get your ... 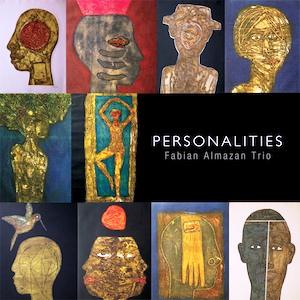 Fabian Almazan began creating some buzz with his sparkling piano chops in trumpeter Terence Blanchard's group on Choices (Concord Music Group, 2009). Originally from Havana, Cuba, Almazan is not only one of the young rising stars in New York, but is also classically trained and has received a number of awards as a composer in film, chamber and orchestral projects. Many of these disciplines come into play on this auspicious debut, which includes Almazan's equally convincing trio ...