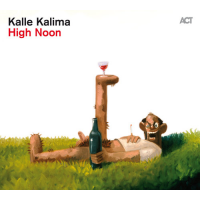 Finnish guitarist Kalle Kalima has been making records of a distinctly off the wall hue since he started his professional career over 15 years ago in Helsinki. This orientation took him to study in Berlin where he has been based for the last decade. Working mainly with German musicians, he has seen success in Europe both as a cutting edge instrumentalist and composer, but surprisingly this latest album sees him working specifically with covers of country classics. Focusing particularly on ... 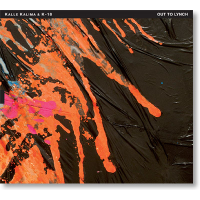 Berlin-based, Finnish guitarist Kalle Kalima continues to project his aural impressions of the world of movies. This time he focuses on the eccentric characters and locations from the films of David Lynch, following his abstractions of director Stanley Kubrick on Some Kubricks of Blood (TUM, 2009). Kalima is not attempting to re-score or rearrange the original soundtracks from these films. Instead, he exposes his feelings while watching these films, in some cases twenty years later, and filters these initial feelings ... 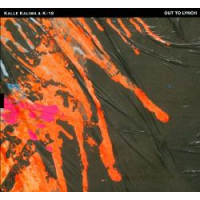 Finnish guitarist Kalle Kalima uses the cinema as a platform for riding a wave of abstract impressionism. As this album title intimates, the premise is based on eccentric film director David Lynch's body of work. The band pulls quite a few punches on a per-track basis, spanning cantankerous minimalism, free jazz, and levitating sub-themes amid some abrupt crash-and-burn breakouts. The quartet seldom allows anyone to attain a comfort zone, but this isn't to say that the program is unfocused or ... 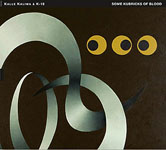 From the opening flurry of discordant semitones, the following percussive entrance of saxophone and then guitar, it becomes clear that there is something rather weird and threatening about Some Kubricks of Blood. Much is surely due to the disharmonies and clashes of timbre--grating guitar over accordion gushes--and the abrupt rhythmic collisions, in addition to intentional off-mike squawks and burrs. And then, of course, there is the avowed subject matter: those images and injuries drawn from deep in director Stanley Kubrick's ... 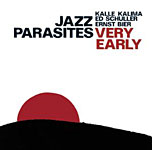 Parasites is an international trio that has been in existence for over five years. Drummer Ernst Bier and bassist Ed Schuller's long-fostered musical partnership is evident throughout, resulting in an airtight but loosely swinging rhythmic feel, no matter what the context. Similarly, guitarist Kalle Kalima demonstrates his diverse influences while never falling victim to them. He'll introduce a certain flexibility of vibrato or a delicate turn of phrase or change of dynamic that is beholden to none. ...

Kalle Kalima and his Dance Suite for Domesticated Animals, Helsinki

When a guitarist attempts to compose for big band, there's an expectation of strong rhythmic motifs, but when the musician concerned is as suffused in contemporary idioms as is Kalle Kalima one gets much more. The big band in question is Finland's best (and only fulltime) brass ensemble in the country, the UMO Jazz Orchestra of Helsinki playing here under Kari Heinilä.