European progressive jazz-rock ensemble Soft Machine seems to have run through more lives than even the luckiest tomcat. They've been first-rate musicians at every incarnation, and it's heartening to hear John Etheridge (guitar), John Marshall (drums), Roy Babbington (bass) and relative newcomer Theo Travis (piano, flute, saxophone) sound so vibrant as well as accomplished on Live at the Baked Potato. Baked Potato is a souvenir, recorded at Los Angeles' legendary musical hotspot, from the ensemble's 2019 tour of ...

Live At The Baked Potato was recorded in Los Angeles in 2019 as part of Soft Machine's 50th Anniversary Tour. (Fact check: 2019 was the band's 53rd and this lineup's fourth anniversary). The latest album is a lot of fun even though it bears little resemblance to the music of the revolutionary 1966 -1969 lineups featuring Mike Ratledge on keyboards and flute, Robert Wyatt on drums and vocals, Kevin Ayers on guitar, bass guitar and vocals, Daevid Allen on guitar ...

Hidden Details celebrates the fiftieth anniversary of Soft Machine's 1968 eponymous debut, a seismic event in the British psychedelic, jazz and rock music landscapes that still reverbates as the Canterbury scene/sound. This anniversary studio celebration also brought about Soft Machine's first tour of North America since 1974, with several 2018 shows featuring Gary Husband as guest performer on either drums or keyboards. First assembled in 1966, Soft Machine has become a landmark British (if not global) progressive musical ...

Soft Machine at the Beachland Ballroom

Soft Machine Beachland BallroomCleveland, OH October 18, 2018 A disco ball may have been spinning at the Beachland Ballroom in Cleveland Ohio, but this was no dance party. Instead, Soft Machine brought their brand of progressive jazz-rock to the venue with the energy of a band a fraction of its age. The band came to the Ballroom as part of an international tour celebrating the release of Hidden Details (Moonjune), the band's first ...

Following a series of releases for Moonjune Records under the moniker Soft Machine Legacy, beginning with 2005's Live in Zaandam and concluding, most recently, with 2013's Burden of Proof, this quartet consisting largely of members from the classic Canterbury group Soft Machine has finally decided to drop the “Legacy" and go it with the original name alone. And why not? For a group that began in the mid-'60s and, over the next 15 years or so, released eleven ... 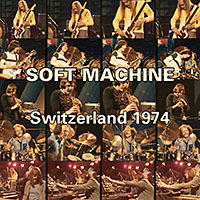 Much has been written about this vastly influential and time-honored jazz fusion unit that skirted the avant-garde spectrum, especially when saxophone great Elton Dean was in the band, in addition to its psychedelic persuasions during the 60s. This 1974 live concert in Switzerland, features soon-to-be guitar god Allan Holdsworth's entry into the band's lineup. At this time, keyboardist Mike Ratledge loomed as the only founding member of the unit. These historic performances are supplemented by the concert footage DVD, underscored ...