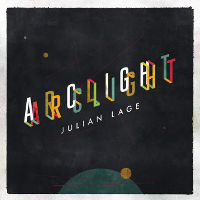 Julian Lage's star has been on the rise since the premiere of Julian at Eight—the award winning 1997 documentary short about the precocious guitar prodigy's childhood years. Since then, Lage has become a key collaborator to modern masters like Gary Burton, Jim Hall and Fred Hersch. Lage's widely acclaimed virtuosity is uncontestable, yet he remains a tonal traditionalist—an aspect reinforced on Arclight, the first recording to feature him exclusively playing a solid body electric guitar. Despite the overdriven twang of his Fender Telecaster, he continues to eschew unnecessary efx that would diminish the clarity of his crystalline cadences.

The end result is a brisk but bracing affair, with few cuts lasting over four minutes. Lage and company spin minor variations on each of the catchy numbers' melodic, harmonic and rhythmic foundations without undue extrapolation—an approach suggested by producer and singer-songwriter Jesse Harris, who wisely encouraged the trio to stick with first takes, capturing the spontaneous energy of their initial renditions.

Colley and Wollesen's adroit interplay provides far more than mere time keeping, but with each piece no longer than the average pop song, the majority of the spotlight inevitably shines on the leader, whose brief but tasteful solos brim with flinty turns of phrase and darting fretboard runs. Emblematic of its title, Arclight reveals another facet of Lage's burgeoning artistry, finding him moving beyond the acoustic asceticism that defined his earliest recordings and into a more expansive mode of expression.