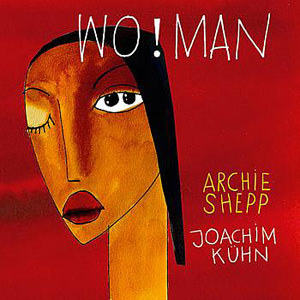 At first glance, the pairing of veteran American saxophonist Archie Shepp and German pianist Joachim Kuhn seems an unlikely one. But Wo!man is not the first time the two have performed together. Two or three decades back—Shepp says that he cannot now remember the year exactly—the saxophonist worked with Kühn in a band led by Finnish drummer Edward Vesala. It is a real pleasure, Shepp says, to have been reunited.

The pleasure is not, moreover, entirely Shepp's, nor Kühn's, for Wo!man is an album of lush romanticism which should make your ears smile too. It comprises five lustrous Shepp/Kuhn originals and three lovely jazz standards, Duke Ellington's "Sophisticated Lady," Ornette Coleman's "Lonely Woman" and Earle Hagen and Dick Rogers' "Harlem Nocturne." Shepp's signature rough edges, multiphonics and off-piste free flights are present, but so too are echoes of master balladeers Coleman Hawkins and Ben Webster.

Some may find this, too, to be unlikely. For Shepp is still primarily associated with the abrasive fury of the "new thing" spearheaded by the later work of the saxophonist John Coltrane. But Shepp was never just an energy player, and those who have followed his work know that his lyrical sophistication is no recent acquisition: he was sounding out in prettily melodic fashion during the height of the new thing in the 1960s, and has done so ever since. Four decades ago, however, this side of Shepp's music was obscured—particularly for white commentators, who overwhelmingly made up the majority of the critical establishment—not just by his involvement with albums such as Coltrane's Ascension (Impulse!, 1966), but also by his political stance. Coverage of Shepp's 1965 Impulse! album Fire Music set a standard for reviews of his later releases; most critics seemed unable to hear beyond the, for them unpalatable, verse-based "Malcolm Malcolm, Semper Malcolm," for Malcolm X, and enjoy the loving performances of Duke Ellington's "Prelude To A Kiss" and Marcus Moraes' and Norman Gimbel's "The Girl From Ipanema." 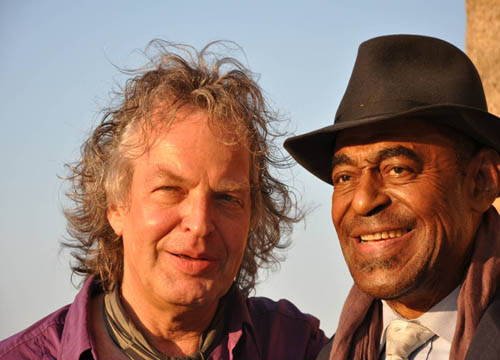 Consider Shepp's treatment of Ellington's "Sophisticated Lady" on Wo!man alongside the version on his 1969 Impulse! album The Way Ahead: today's paradigm was firmly in place over four decades ago. About this track, more later.

Meanwhile, it is worth noting that it was not just white critics who, back in the day, were unable to see the wood for the burning barricades when it came to Shepp. Some black musicians felt the same way. In Ben Ratliff's Coltrane: The Story Of A Sound (Faber & Faber, 2007), the trumpeter Charles Moore is angrily dismissive. Referring to the tenor tyros who Coltrane increasingly often invited to share his stage in the final years of his life, Moore told Ratliff: "Coltrane found that he could get up on stage with someone who didn't know how to play the first fucking thing on the tenor saxophone. Now, here comes Shepp. He didn't jump a level; he just made his way into it...Coltrane's level was so inclusive at that point that he could have included a goat on stage."

Moore was right about the goat, but wrong about Shepp. (Moore's opinions, however, have long been couched in rhetorical extremes. In 1966, he wrote an open letter to the trumpeter Don Ellis, following a review that Ellis had written in Jazz magazine. Moore castigated Ellis for imposing a European critical aesthetic on the new black music. "For that, along with your ideals and artifacts from ancient history," he concluded, "you must die.")

Now, here comes Shepp again, this time paired with a pianist who is an embodiment of European harmonic exploration—a side of Kühn's music which exists alongside an interest in static harmony and an early absorption of the new thing: Coltrane's and Shepp's contributions to the 1965 Impulse! album New Thing At Newport, Kühn has written, were a powerful influence on the then eighteen year old, classically trained pianist, opening his ears to jazz. Kühn has even codified his own harmonic approach, which he calls the Diminished Augmented System (DAS). But there is nothing dry or academic about his music; it has sinew and soul. On Wo!man, while his right hand travels between pentatonic mellifluism and quirky DAS tangents, his strong left hand often creates simple, bluesy ostinatos which are close to trance tropes. Kühn recently demonstrated his affinity with Maghrebi trance music on the albums Kalimba (ACT, 2007) and Out Of The Desert (ACT, 2009), from the second of which his "Transmitting," which opens Wo!man, is taken. Coincidentally, Shepp was revisiting Maghrebi music at more or less the same time, on Kindred Spirits (Archie Ball, 2005).

Every track on this album is a winner, but the decision to close with "Sophisticated Lady" was the right one: it is matchless. Shepp's embrace of the gruff and gorgeous tenor legacy of Hawkins and Webster has never been deeper, and his repeated references to the theme, a longstanding motif of his improvising style, center his more "out" passages. "Lonely Woman" is another jewel. As are Shepp's "Nina" and the aforementioned "Lonely Woman" and "Harlem Nocturne."

This Wo!man is, in fact, bedecked in high carat gems from top to bottom.