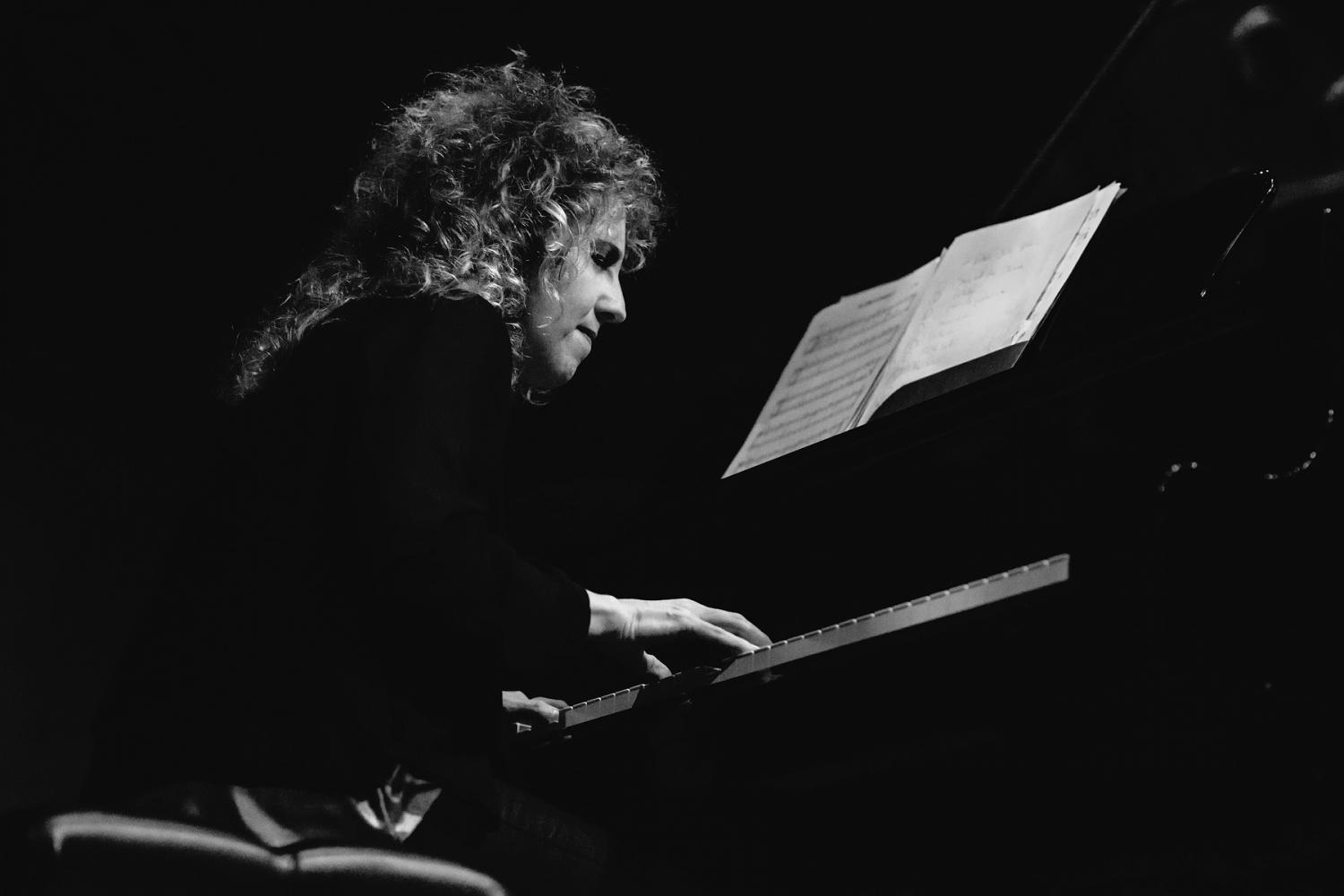 On July 8, 2016, Israeli pianist Anat Fort made a welcome return to her New York comfort zone. Having forged relationships with many of that city's greats over the years, not least of all drummer Paul Motian, reputation preceded reappearance at the Rubin Museum of Art, where her trio with bassist Gary Wang and drummer Roland Schneider, along with special guest Gianluigi Trovesi on alto clarinet, celebrated the release of Fort's third leader disc for ECM Records, Birdwatching, continuing a journey she began with the label on 2007's A Long Story and furthered on 2010's And If. Though the pianist boasts 17 years of experience with the present trio, her latest album solidifies what one hopes will be a longstanding partnership with maverick Trovesi.

The Italian reedman was a standout whenever the band repurposed older material from albums on which he'd never appeared. Fort standbys like "Lullaby" and "Just Now," both recognizable to fans of A Long Story, felt rejuvenated not only at the maestro's fingertips but also at the trio's. The playful, unscripted diversions granted by their collective attention to space allowed for joy and contemplation in equal measure. Trovesi veritably lit up the venue, his runs like handfuls of fireflies released into the night, while Wang rowed his mahogany vessel of inspiration over Schneider's rolling currents. Whatever the diversion, all felt natural, as if of an ecosystem moving to the pace of its own machinations. In this respect, anyone familiar with Fort's music was sure to recognize the comfort of its circularity as tunes like "Not the Perfect Storm," also from her first ECM date yet reprised on Birdwatching, radiated from its initial cloudburst with the force of wild seduction.

Focus did, of course, weigh toward the latter album, from which emerged a variety of configurations. Of the full quartet settings, "Song of the Phoenix" dug oases into dunes of expectation, highlighting the synchronicity of Trovesi's notecraft. He and Fort converged like wind and wing, as also when Wang left the stage for the trio tune "Murmuration," which indeed built to dense and vertiginous movements of concerted purpose. "Milarepa Pt. 1" was another gem, along with a newer, as-yet-untitled composition. Both pieces, inspired by avian iconography in the Rubin's collection, were ideally suited to Trovesi's style, as was his jaunty original, "Villanella," one of two accompanied by the pianist alone. But it was the trio-only tune "Melafefon" which showed the true heights reachable by Fort's music. Wang and Schneider struck gold during their duo break, showing improvisational communication at some of its finest.

In the absence of thematic suggestion, one could still have been forgiven for reading metaphors of flight into the performance. Fort took off by means of no other wings than her own two hands, and held the entire scope of the performance in her eagle-eyed vision at every change. But really there was no need to watch this bird, because, even with eyes closed, she dove into every listener's heart, true to soul and melodic to the marrow.