I’ve Got Algorithm; Sassy; Inner Urge; Until; Scenes from My Dreams; Remember Me; Dollar’s Moods; Nica’s Dream; Blues in a Second.

The Generation Gap Jazz Orchestra, co-led by pianist/composer {{Steven Feifke}} and trumpeter par excellence {{Bijon Watson}}, is a seventeen-member ensemble comprising seasoned players paired with young lions who are poised to capture pride of place. Nowhere do the leaders say who is in which group, and it would be impolitic to name them here. Suffice to say that some of the names may be more familiar than others—as, for example, trombonist {{John Fedchock}} who cut his teeth with one of {{Woody Herman}}’s last Herds, leads a splendid big band of his own in New York City and has performed with a who’s who of jazz luminaries for more than forty years.

That’s one down, sixteen to go. Well, two down, actually, as singer {{Kurt Elling}}, a two- time Grammy Award winner, certainly needs no introduction to many knowledgeable jazz fans. Fedchock is showcased on Feifke’s brash and colorful “Scenes from My Dreams,” Elling on “Sassy” (a full-throated, rap-like salute to {{Sarah Vaughan}}) and Sting’s ardent “Until.” A fast-rising star, guest tenor saxophonist {{Chad LB]], starts the ball rolling (after Feifke’s animated intro) on the pianist’s impetuous “I Got Algorithm,” leading to heated exchanges with fellow tenor {{Tom Luer}} and a vigorous solo by trumpeter {{Mike Rodriguez}}. “Sassy” is next, followed by {{Joe Henderson}}’s powerful “Inner Urge” (solos by alto {{Alexa Tarantino}}, baritone {{Lauren Sevian}} and drummer {{Ulysses Owens Jr.}}) and “Until.”

Watson, the orchestra’s lead trumpet, sets the melodic compass on the ballad “Remember Me,” while guitarist {{Will Brahm}} adds an ardent solo. {{Hugh Masakela}}’s “Dollar’s Moods,” inspired by pianist {{Dollar Brand}} (a.k.a. {{Abdullah Ibrahim}}), is an infectious swinger featuring superb work by the sax section and spirited solos by Feifke and guest trumpeter {{Sean Jones}}, while {{Horace Silver}}’s well-traveled “Nica’s Dream” shines brightly behind crisp statements by Watson, Feifke and Owens. That sets the stage for the album’s dazzling finale, Feifke’s fast-moving “Blues in a Second,” wherein the entire trumpet section (Watson, Rodriguez, {{Tanya Darby}}, {{Danny Jonokuchi}}, guest Jones) slams one out of the park.

Regardless of any age discrepancy within its ranks, the GGJO is a truly remarkable ensemble, and its debut album (the hope is that many more will follow) is sharp and radiant from start to finish. As a listener, may you never be too young—or too old—to appreciate high-caliber jazz that swings as hard and as often as this. 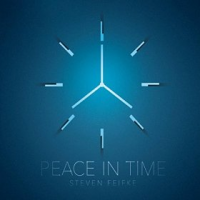 All About Jazz musician pages are maintained by musicians, publicists and trusted members like you. Interested? Tell us why you would like to improve the The Generation Gap Jazz Orchestra musician page.