Jazz connoisseurs who lean toward big bands that swing as earnestly and often as the renowned architects of the epic big-band era should find plenty to cheer about on Kinetic, the debut recording by New York-based pianist, composer and arranger Steven Feifke's audacious and fiery ensemble. This is a band that fires on all cylinders—but it ... 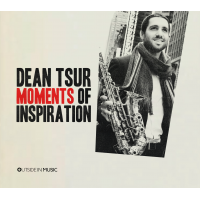 Label: Outside in Music
Released: 2020