Jennifer Wharton is a low brass specialist based in New York City. Though getting her start classically, Jen has deep roots in jazz, commercial, chamber and Broadway music. She won’t stop until she has conquered the world!

These days, Jennifer can be found leading her trombone-forward ensemble, Bonegasm, and performing in Paradise Square but has also held positions at West Side Story, King Kong, Beautiful, The Gershwin’s Porgy and Bess, Jekyll and Hyde, Scandalous, Wonderland, 9 to 5 and Curtains, as well as performing as a substitute in over a dozen other Broadway productions. 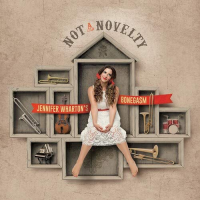 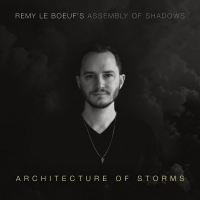 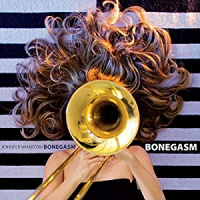 From: Daring Mind
By Jennifer Wharton 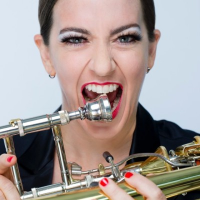 All About Jazz musician pages are maintained by musicians, publicists and trusted members like you. Interested? Tell us why you would like to improve the Jennifer Wharton musician page.