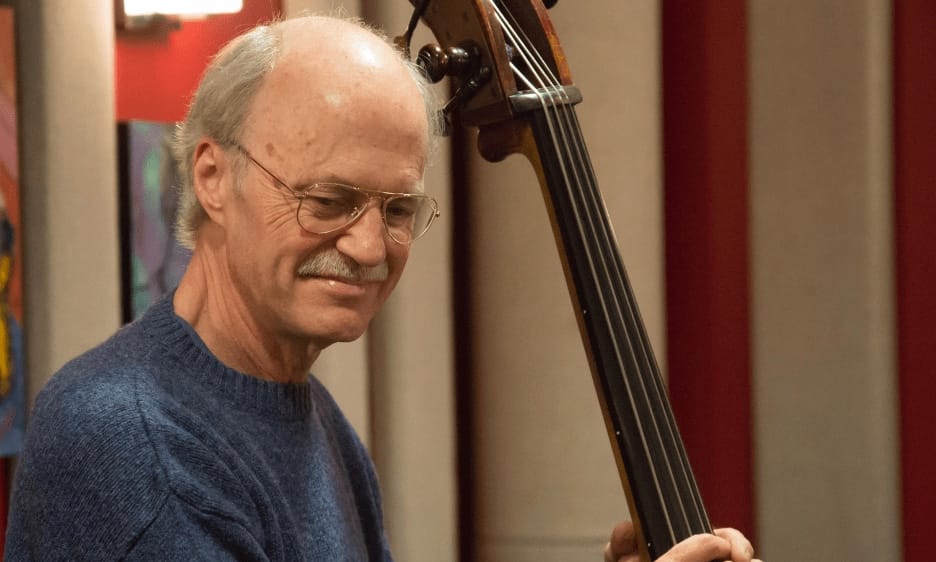 By Paul Rauch
February 2, 2020
Sign in to view read count
The city of Seattle has a jazz history that dates back to the very beginnings of the form. It was home to the first integrated club scene in America on Jackson St in the 1920's and '30s. It saw a young Ray Charles arrive as a teenager to escape the nightmare of Jim Crow in the south. It has produced such historical jazz icons as Quincy Jones and Ernestine Anderson. In many instances it has acted as a temporary repose for greats such as Jelly Roll Morton, Joe Venuti, the aforementioned Charles, Larry Coryell, Julian Priester and Randy Brecker to mention but a few.

Bassist Jeff Johnson has had a dynamic influence on jazz music in Seattle since his arrival three decades ago, despite not having released a recording as a leader since his quartet date almost a decade ago, Suitcase (Origin, 2011). Whether playing live around his chosen hometown, or hitting the road with such artists as Hal Galper and Karrin Allison, Johnson's original style has had a noticeable and immediate impact on his musical surroundings throughout his storied career.

While Seattle fans have come to know him as a veritable undercurrent of the vibrant local jazz scene, Johnson's roots run deep from time spent on the road with the likes of Philly Joe Jones, Barney Kessell, Chet Baker, Lew Tabackin, Mark Murphy and Ernestine Anderson to name a few. In the early 90's he began a pair of relationships with pianists Galper and Jessica Williams, and found a vital identity as a trio bassist of the highest caliber. His deeply original sound has a mystical edge that seems to challenge soloists to read and react, producing soaring and spontaneous results.

Johnson has recorded and toured with drummer John Bishop and guitarist John Stowell in the trio Scenes that has produced five albums on the Origin label. He has, as well, collaborated with Bishop, along with pianist Bill Anschell and saxophonist Brent Jensen in the Seattle based band, Wellstone Conspiracy.

Johnson's well documented work with the ever eclectic Galper has risen to revolutionary proportions in exploring Galper's rubato notions reinventing a concept of time that expresses a read and react elasticity. His elegant vibrato, inventive bow work, and bone crushing use of chords and harmonics allows Galper to live at a musical crossroads that presents many routes of travel. Bishop's almost symphonic drum and cymbal work, dynamically original in itself, joins with Johnson as two souls revolving around a common center.

Johnson's partnership with Galper has come full circle in the past two years, with two releases that mostly feature the bassist's original compositions. His compositional work is imaginative and spiritual in nature, providing just enough structure for form, with ample space for free playing. The trio added tenor saxophone giant Jerry Bergonzi for Cubist (Origin, 2018), adding another layer to the fabric of Galper's rubato vision. Just recently, a live trio date recorded at Yardbird Suite in Edmonton was released, bearing witness to the amazing late career surge for Galper that has perhaps been the most startling contribution to the legacy of the piano trio for more than a generation. Aptly titled The Zone (Origin, 2020), Johnson's compositions "Scene West" and "Cubist" highlight a trailblazing approach to composition and melodic improvisation that like his signature playing on bass, stands out as original and fearless.

While many writers and broadcasters may view Johnson's career as flying somewhat under the radar, those that have followed his path from his native Minneapolis, to Texas and Oklahoma, and finally to his landing in Seattle in 1990, know him as one of the genre's most inventive bassists. They can hear the midwest. They most certainly can hear the Texas in his approach. Now thirty years into his tenure in Seattle, you can hear the vibe of his chosen home as vividly as the morning rain pounding rooftops around the city on a gray winter's day.

View all 20 Seattle jazz musicians you should know.