Now making his home in Seattle, saxophonist Brent Jensen was the Director of Jazz Studies at the College of Southern Idaho for many years. As the artistic director for the CSI Jazz Summit and the Jazz Saturdays workshop series, Jensen was a major force in cultivating new performers and bringing world-class jazz events to Idaho, creating a climate of rich cultural pursuit that remains since his departure. Raised in Boise, Brent Jensen studied in New York City with jazz legend Lee Konitz on a grant in 1987 from the Idaho Commission on the Arts. He was a featured winner of the Woodwinds on Fire international talent search conducted in 1996 by Jazziz magazine and has performed with a variety of jazz artists including Gene Harris, Bobby Shew, Gary Foster, John Clayton, Joe LaBarbera, Wycliffe Gordon, Warren Vache, John Stowell, Bill Watrous, Jamie Findlay, Dave Peck, Dianne Schuur, Kristin Korb, Marc Seales, Doug Miller, John Bishop, Jeff Johnson, Bill Anschell, Don Sickler and many others

More Sounds of a Dry Martini 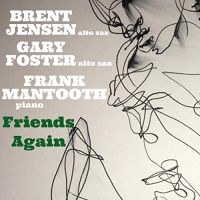 All About Jazz is celebrating Brent Jensen's birthday today! Now making his home in Seattle, saxophonist Brent Jensen was the Director of Jazz Studies at the College of Southern Idaho for eighteen years. As the artistic director for the CSI Jazz Summit and the Jazz Saturdays workshop series, Jensen was a major force in cultivating new ...

Curious about the unannounced and unpromoted reissue of a Brent Jensen album eighteen years after its debut, I asked Origin Records chief John Bishop in Seattle about its reappearance. The CD is Jensen’s The Sound Of A Dry Martini: Remembering Paul Desmond, first issued in 2002. Mr. Bishop replied: “That record has been popular since it ... 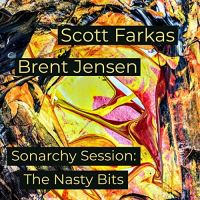 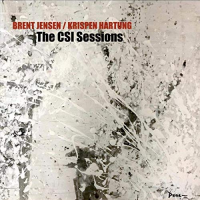