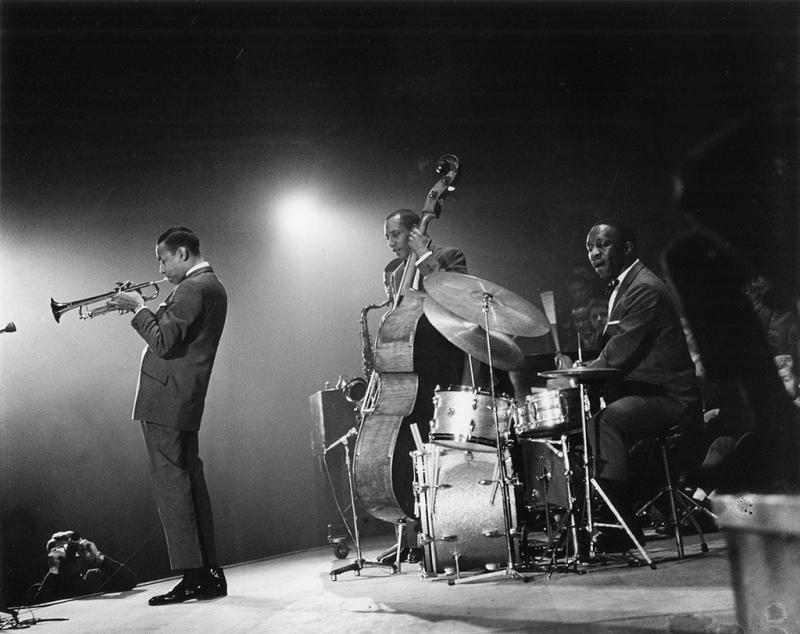 By MARC DAVIS
December 15, 2014
Sign in to view read count
A few years ago, a reader from California named Charlie F. started a provocative discussion in the All About Jazz forums with the title: "I've decided not to buy any more Blue Note albums." Oh boy.

He began, "Recently, I came to notice something about Blue Note albums of the 50s-60s, which was that they tended to sound pretty much the same." He acknowledged that "this is a good example of a label finding a particular formula and sticking to it" but concluded "it kinda gets old after a while."

You can guess where the discussion went from there, and it went on a long time. (Check it out) But it got me thinking, and I'm still thinking about it years later. Why? Because, as a Blue Note fan, I'm embarrassed to say I sometimes think Charlie is right. But lately, as I've begun seriously collecting Blue Notes from the '50s and '60s, I can see where he is also terribly wrong.

So let's start at the beginning. Literally, the very beginning.

Blue Note's classic period starts with the 1500 series of albums in the mid-1950s. And the very first album in that series is Miles Davis Volume 1. Anyone who knows Miles is tempted to say, "Well, no one sounds like Miles Davis. He was unique." Yeah, maybe later. But not this early in his career. At this stage, Miles sounded a lot like every other bop trumpeter. So sure, there's a sameness to this record compared with other Blue Note hard bop records of the era.

And it gets worse. On Blue Note—hell, on any jazz label in the 1950s and '60s—there was a serious case of inbreeding. Everybody knew everybody, and they all played on each other's records. Want proof? On Miles Davis Volume 1, Miles played with pianist Horace Silver, who co-founded the The Jazz Messengers with Art Blakey and appeared on a lot of Blue Note hard bop records. Trumpeter Kenny Dorham played on those records with Blakey and Silver, then led his own hard bop band, which included guitarist Kenny Burrell, who later played with organist Jimmy Smith, who also played with saxman Stanley Turrentine, who is practically synonymous with soul-jazz, just like fellow Blue Note label-mate and saxman Lou Donaldson.

Whew! Quite a family tree. And no wonder the Blue Note sound was more than a little homogenous. Talk about six degrees of separation. Many folks on the early Blue Note records were practically kissing cousins.

So yeah—I hear a lot of Art Blakey in a ton of Blue Note recordings. Yep, they all share the same genes and they all sound kinda sorta alike. You really could get bored with them.

One thing I've learned from six months of consciously hoarding—OK, you say "collecting," same thing—and listening to 1950s Blue Note CDs is the subtle differences among them. And sometimes the differences are not so subtle.

For example, take Gil Melle. Not a familiar name—and definitely not part of the usual-suspects in the hard bop tradition. And yet there he is, in the bosom of Blue Note. In 1956—same year as Kenny Dorham at the Café Bohemia, a year after the Jazz Messengers at the same venue—Melle recorded Patterns in Jazz. This is not your grandpa's Blue Note. It's a cerebral cool-jazz record that could be a movie soundtrack, which is not surprising since Melle went on to compose for films and TV.

Or consider Herbie Nichols. Here's a pianist who sounded a lot like Thelonious Monk, but less quirky, though equally interesting. And in a trio setting—piano, bass, drums—which was definitely not the usual Blue Note thing. When did he record his first Blue Note album? In 1955-56, same time as Gil Melle and the Jazz Messengers and Kenny Dorham.

And then there are differences among the classic Blue Note hard bop players. Did Kenny Dorham sound like Clifford Brown or Miles Davis? Yeah, maybe a little. Maybe more than a little. But it's like the difference between Eric Clapton and Jimmy Page. Sure, both guitarists played British blues-rock and came from the Yardbirds. But you'd never say Cream was Led Zeppelin. Close cousins, sure. And for certain I've never heard anyone say, "Nah, I've had enough blues-rock. Cream was nice, but no Led Zep for me, thanks."

Yes, the similarities are there. If you played six 1950s Blue Note records in a row, you might get bored. Hell, I'd get bored, and I love Blue Note. So listen to something else—Fats Waller, Benny Goodman, the Clash, Vivaldi, Hank Williams. Or go read a book. Watch TV. Unless you really are on a desert island, you don't have to listen to the same music over and over.

So... if you're tired of Blue Note, go fly a kite. I mean literally. Get out of the house. Do something different. And if you can't (or don't want to) hear the difference between, say, Horace Silver and Tommy Flanagan, then just stop listening.