BY JOHN KELMAN
November 1, 2010
Sign in to view read count 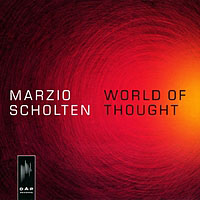 With New York still a hotbed of musical creativity—with the deep concentration of musicians within such a small geographic region, it would almost be impossible for things not to happen—yet another new scene has emerged over the past decade. Consisting largely of younger players like saxophonist Will Vinson, guitarist Lage Lund and pianist Aaron Parks, it's a kind of modern centrist approach that takes the paradigm shifts of now-seminal artists like saxophonists Chris Potter and David Binney, guitarist Kurt Rosenwinkel, and drummer Brian Blade, assimilating them into an updated sound undeniably of the tradition, despite being largely about contemporary writing and often-times modernistic textures to expand the landscape, rather than simply rehashing the Great American Songbook in all-acoustic environs.

The sound of records like Lund's Unlikely Stories (Criss Cross, 2010) and Parks' Invisible Cinema (Blue Note, 2008) have become so influential amongst other young musicians, that their reach is now being felt beyond the confines of the five boroughs, with Marzio Scholten one of the scene's most impressive additions. World of Thought is the Spanish-born/Netherlands-resident guitarist's second record, following Motherland (O.A.P., 2008), and brings back two of Scholten's band mates, pianist Randal Corsen and drummer Bob Roos—like their leader, impressive players deserving of greater recognition, each bringing something of a continental vibe to the music, and further expanding its NYC purview.

There's no mistaking the influence of Blade's Fellowship Band—the arpeggios introducing the opening "Tricks" redolent of "Evinrude-Fifty (Trembling)," from the group's Perceptual (Blue Note, 2000)—but Scholten and his group build the music from a gentle simmer to a potent boil less viscerally intense and more rhythmically direct. Still, Corsen and guest saxophonist Yaniv Nachum do ratchet things up at the song's end, engaging in some exhilarating, in-tandem soloing that sets high expectations for the rest of the set.

Expectations that are met...and exceeded. Scholten's approach may come from Rosenwinkel by way of Pat Metheny—with a warm, organic hollow body tone enriched by tasteful use of reverb, delay, and the occasional burst of distortion—but he avoids many of the specifics that have made these two highly influential guitarists both a boon and a bane amongst aspiring six-stringers who succumb too easily to the pitfalls of imitation. Yes, Scholten's influences are clear—he is, after all, still on the shy side of thirty—but he manages, where so many others fail, to sound like himself; more akin to John Abercrombie in his avoidance of signature phrases to which so many fall prey when they're out of ideas. Or maybe he just never runs out of ideas, building his solos with care, precision and lyrical focus, throughout this set of engaging all-original material solely from his own pen, with the exception of Corsen's dark and elegant introduction to the balladic title track.

Up-and-coming American trumpeter Ambrose Akinmusire guests on two tracks, demonstrating why he's someone to watch, but no more so than the rest of the players on World of Thought—and especially Scholten, a guitarist already delivering on significant promise, and with even greater portent on the road ahead.

Tricks; Six Degrees of Separation; Kismet; Piano Intro to W.O.T.; World of Thought; A Breath of Love; In the Machine; The Puzzle; Nebula.