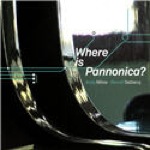 Occasioned by a commission from Chamber Music America's French-America Jazz Exchange and realized during a three-week composing/recording residency at the Banff Centre in Canada in 2008, this is a fascinating project, pushing the boundaries of the piano duo format. Using Steinway D grands that were often—mostly in Benoit Delbecq's case—altered with prepared devices (objects on strings) and alternative playing techniques (strumming or hitting strings inside the piano), plus manipulating sounds with five-channel effects, the subtle use of electronics and a Dlooper audio application on some tracks, the two musicians have created unique soundscapes while managing to maintain a dominantly pianistic approach. While the title alludes to Thelonious Monk and the poetic/mythic notes reference Muhal Richard Abrams as well as poets and others, the piano playing also evokes memories of some of the more cerebral solo piano excursions of Ran Blake, Bill Evans and Fred Hersch. This is an album that demands a quiet room (or earphones) for listening. The effects are often very delicate and subtle, the pianos on the slower pieces played with a spare intensity that allows notes to float and recede slowly. Some tracks—"Task Sharing," "Pyramides," "Water's Edge Part I"—are basically two-piano duets while others employ a panoply of altered piano sounds and electronic manipulations, from the wood block/marimba echoes and pluckings of "Divide Comedy" to the bowed-like drones, high-low contrasting textures and siren-like finale of "Mu-Turn." A metallic, vibes-like timbre and harp-like strums compete with percussive textures and plain piano on "Water's Edge Part II," described as "water slowed down by frost" while "Part I" is a lively duet with one piano playing a rolling modern boogie while the other swoops and swirls cascades of notes around the rhythm. The full 51:50 minutes is more than the sum of its 11 tracks, making for a very satisfying and intriguing recital. There are two multi-channel SACD bonus tracks and the 15-minute video, The Making of Where Is Pannonica?, is illuminating and fun.