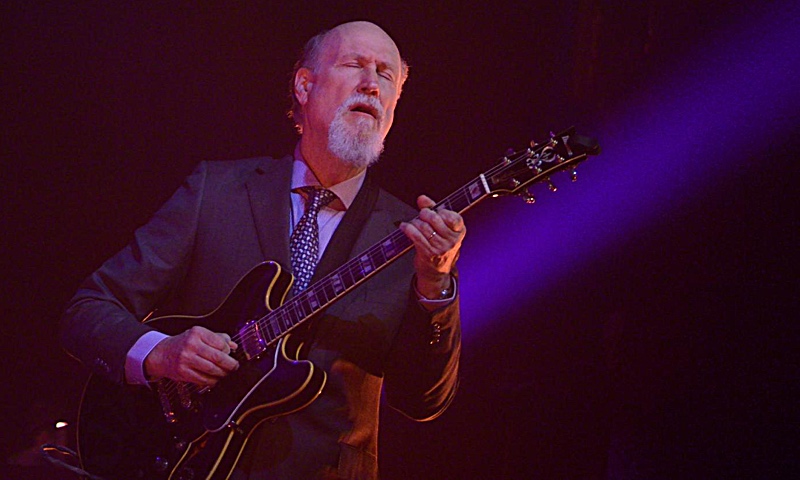 BY PHILLIP WOOLEVER
April 8, 2017
Sign in to view read count

The best friend of German jazz and a considerable number of passionate followers is probably a state funded media institution.

In a relatively short time span of six years, the WDR Jazzfest has blossomed from infancy to impressive European stature. WDR, a broadcasting conglomerate of radio and TV stations, has continued to expand jazz's public access with the help of government funding and admirable efforts from numerous civil entities.

Though recent financial realities in Western Europe have drastically reduced budgets or cancelled some events outright, many municipalities still recognize the importance of cultural funding and the current state of German jazz is apparently quite stable.

The Jazzfest, usually held around early February, offers some of the strongest evidence of WDR's widespread effects.

For 2017, the festival graced another rotating location, and as usual the results were spectacular. This edition saw a return to the charming town of Gutersloh, in the northwest region of Germany where the festival is based throughout a radius of WDR's base in Cologne.

The event spanned three enchanted evenings, featuring a typically strong summit of homegrown heroes, transplants and a mix of visiting maestros. Many performers are previous winners of the WDR Jazz prize, an award including cash which just expanded from four to five categories.

This year's Saturday night program offered a prime example of how WDR has cultivated success. Guttersloh venues are located on the perimeter of a welcoming central area with multiple dining or hotel options. There was, unfortunately for fans, an obtrusive distance between the first row of seats and the stage, which may have been a result of broadcast necessity. Other than that the sightlines, interiors, and sounds were exceptional.

Previous Jazz Prize winners appearing this year included each member of the Pablo Held Trio, including Jonas Burgwinkel and Robert Landfermann, who soared through another of their delightful collaborations with John Scofield.

That rewarding partnership began, in part, a few years back after a recommendation by Bill Stewart, an obvious expert on trios and what works with Scofield. An unusually strong dynamic led to some limited touring and a superlative recording, The Trio Meets John Scofield (Pirouet 2014).

The trio played those album tracks again at the WDR festival in Dortmund two years ago. This year saw a vastly different set; of equal quality, equal craftsmanship. After a few early soundboard adjustments, the players hit a rarely equaled stride for almost an hour's worth of fine mainstream experimentation.

They started a few minutes early and blasted off with Scofield's "Pretty Out," in an abstract remix of their initial explorations. The trio took the lead while Scofield sat like a visiting dignitary, which indeed he was.

Landfermann took the first solo under purple stage lights and set a high bar. Then came the one flaw of the night, crackling speaker static. It was only for a few interludes but definitely noticeable, and distracted from Scofield's initial solo.

They lagged a step on "Joni," a solid selection by Held, and audience response seemed a bit forced. Landfermann brought them back into noggin-nodding mode with another vibrant solo as Burgwinkle snapped off polyrhythmic patterns custom crafted for individual instruments and common chords alike.

Then, with the Gershwin classic "Someone to Watch over Me," the band achieved a peak that lasted the rest of the show and was likely the festival's apex. Held and Scofield seemed to share a blissful trance amidst near-astonishing acoustics. The audience soon followed.

Maybe the difference was that the group sounded more like a long established quartet tonight than when they last played together two years ago. Hopefully, another live album will follow.

A pair of Scofield tunes, "Blues" and "Kilgeffen," proved again how well the trio adapts his songs and the powerful closer "Joao" demonstrated the depth Scofield's ax can bring to Held's masterful compositions. The set may have been the band's best performance to date, but you'd have to ask them.

Perhaps there is cosmic synchronicity in the fact that Scofield and Held have consecutive birthdays, on December 26th and 27th respectively. AAJ spoke with Held about the latest WDR set, and his interaction with Scofield.

"He's really interested in how we operate as a trio and this is of course very encouraging," said Held. "John inspires us to find our own ways within his tunes, as opposed to us trying to sound like his usual rhythm section."

"We wanted to play some of the material we did on our 2015 tour, which consisted mainly of original tunes of John's and mine plus a couple of standards. He said he always likes it when we move in and out of time when playing standards.

"We always like to keep it elastic, that feeling where you can't predict where the music goes is what we're aiming for. To be in the moment is the most important thing. Everything else would be dishonest to ourselves, to the listener. Each day, each concert hall, each audience and every moment contains unique inspiration to draw from, " observed Held.

"If you try and keep playing the same thing that may have worked before, you lose the music. Like in life, it works it's own way and you can't predict what's going to happen. That's what we try to reflect."

That philosophy has kept the musical bond between Held and Scofield special. Hopefully, a live recording of tonight's set will be released and there will be new additions to the set list and the concert schedule.

Scofield and the WDR Big Band have shared an association since 1989. They sounded as welcoming as an oncoming spring, and provided the very cool opportunity to observe a master like Scofield work in varied domains.

Can there indeed be too much of a good thing? There were noticeable vacancies on the floor and the balcony audience dwindled considerably by the time the big band stepped out to ultimately re-energized cheers that defied the hour.

Maybe starting a headlining set after midnight isn't the most optimal way to pack an auditorium, but considering a huge audience for the live streams, perhaps attendance is secondary to simply allowing the musicians to ply their craft in an optimal environment and making the result accessible to the public, which is WDR's mission in the first place.

Scofield assumed a more bluesy, thumb picking twang on guitar, as they opened with "Let the Cat Out." An inspired take on "Chicken Dog" may have been the most stirring song of the entire night.

It was a precision performance by all players as the sixteen-person band performed with cheerful demeanors that gave the large auditorium a more intimate air. "Easy for You" was another highlight. "Sin and Misery" was anything but that.

A relaxed, smiling Scofield spoke to the audience as if everyone was sitting at a restaurant table and shared tidbits about how his wife titled many of his compositions. He drew loud cheers with a subtle statement against certain US politics, but otherwise kept to personal observations regarding his craft or European travels.

Wollny and the barefoot Perirani demonstrated why their collaborations have been so well-received during recent mutual projects. Still, it took a little while for the quartet to live up to their boisterous reception.

Wollny opened the proceedings in what was perhaps, after such spirited introductory applause, a bit too gentle an opening. Many people shifted impatiently in their seats.

Much of the set seemed like uncharted territory; horn and accordion interplay was a hit and miss combination, but suddenly the group aroused listeners with ominous tones that played very well on this night of distant storms, like a gypsy lullaby.

Schaerer was usually effective, but not always effective enough during the opening song. He threw a lot of pitches, but not all were strikes. He ranged from impressive choral majesty to semi-comical, Adam Sandler type shtick.

The second improvisational effort flowed far better as Schaerer hit some impressive registers. Wollny was a rampaging rhythm section as his shadow, cast huge by stage lighting, became a great visual effect whether that was planned or not. They progressed through what ran as a series of tonal suites that reached orchestral layering and cooked along what hit the ear like a dramatic narrative. As far as the audience was concerned everything clicked like Schaerer's cheeks, and the crowd remained very vocal in their approval.

Financial support provided by local legislation allows festival programmers to import talent from other shores. A case in point this year was Ireland's Christine Tobin, who performed a thought provoking mix of intriguing vocals from her "Sailing to Byzantium" project, based on the poetry of William Butler Yeats.

The evening opened with a six-headed brass beast, and featured another Jazzprize winner, Steffen Schorn, alongside Roger Hanschel on alto and the Rascher Saxophone Quartet (Kenneth Coon, Christine Rall, Elliot Riley, Andreas Van Zoelen). Based on waiting lines and comfort levels, this band should have played in the larger of the festival's two halls.

An inevitable question of growing pains was bound to arrive sooner or later for WDR, and there is no denying that in 2017. When the Held trio appeared with Scofield two years ago in Dortmund, there were only a couple hundred fans present for a large and charming "in the studio," session type scene. This year saw almost three times that many people in overflow, standing room only crowds.

The location for next year's event has not yet been announced but it's a safe bet to assume there will be more progress toward Jazzfest solidifying its status as one of Europe's finest smaller sized festivals.

Consistent help from musicians like John Scofield or the Pablo Held Trio certainly doesn't hurt, either.