To My Beloved Ones 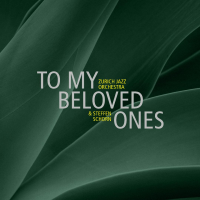 Zurich Jazz Orchestra & Steffen Schorn: To My Beloved Ones

Multiple reedman, composer and arranger Steffen Schorn served a six-year tenure with the Zurich Jazz Orchestra. The collaboration resulted in a masterful trilogy of albums, Three Pictures (2018) and Dedications (2021), both on Mons Records, and now To My Beloved Ones. This is luxurious big band music, serious sounds. The traditions mix with modernity; moments of ...

The European jazz scene boasts a number of world class professional Big Bands, all with their own rich history and tradition. The Zurich Jazz Orchestra, founded in 1995, undoubtedly belongs to this exclusive club.

The big band recorded its fifth studio album in the winter of 2020/21, the second under the direction of Steffen Schorn, who was musical director for six years before changing to his current role as congenial composer in residence.

Fortunately. The album “Dedications” is a worthy successor to “Three Pictures”, released in 2018. Schorn’s compositions and thus the sound of the orchestra have, if at all possible, become even richer, more colorful, more differentiated, but at the same time more powerful

It's baseball season—sort of—so I guess you could say this episode of OMJ touches a lot of bases. The NY underground scene gets explored a bit via 70's Loft pioneer Alan Braufman who has a new release, while more recent practitioners of the outside get sampled—Owl Xounds Exploding Galaxy and Scurvy. Today's Jaimie Branch is here ...

This episode carries on from the previous, playing music from a some of the important independent labels that keep creative music alive. ESP-Disk has been around, survived one crash in the 80s, and is still releasing great music. Son Of Local Colour is a 50-year-later follow up to English pianist Peter Lemer's original Local Colour album ... 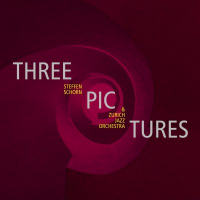 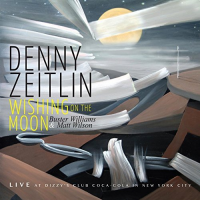 The music keeps moving forward, evolving to higher levels. My search for the best jazz recordings of 2018 led me to these marvelous CDs. Satoko Fujii Satoko Fujii Solo Libra Records A person's sixtieth birthday serves as a milestone, more so in Japan--where it is referred to as “Kanreki"--than elsewhere. ...