This episode carries on from the previous, playing music from a some of the important independent labels that keep creative music alive. ESP-Disk has been around, survived one crash in the 80s, and is still releasing great music. Son Of Local Colour is a 50-year-later follow up to English pianist Peter Lemer's original Local Colour album for ESP. The label suggested an anniversary concert to celebrate, and the gig at Pizza Express in London was recorded. Prolific saxophonist Ivo Perelman also has a new one out on ESP, and yes, Matthew Shipp is aboard, pretty much as always. The Lithuanian label No Business keeps digging up and releasing unreleased gems, re-releases of sessions where the rights have reverted back to the artist, and newer material as well. You'll hear tunes from the latest NoBusiness albums by trombonist Steve Swell, bass clarinetist Ziv Taubenfeld, and the highly acclaimed British trio of Evan Parker, Barry Guy and Paul Lytton. And I don't want to forget some of the contemporary labels represented in this show that are fighting the good fight: Relative Pitch, Astral Spirits, Out Of Your Head, Intakt. Props to them all! And major props to pianist Russ Lossing and trio for their new Ways; it's stunning.

New Music From Claudio Scolari And Robert Jukič And... 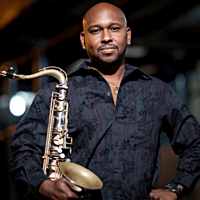