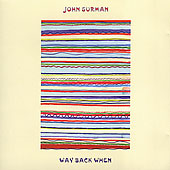 Musical developments rarely occur in a vacuum. While many look to Miles Davis and his associates in the late '60s as the progenitors of jazz-rock fusion, the truth is that a wide range of artists were exploring the juncture of these two styles, including New Zealander Mike Nock and his group Fourth Way, and American vibraphonist Mike Mainieri with albums including Journey Through an Electric Tube and White Elephant. In Britain, trumpeter Ian Carr's Nucleus and Soft Machine would merge jazz concerns —sometimes, as in the case of Soft Machine, through a free jazz sensibility—with the energy and intensity of rock music.

Nucleus would emerge in '70 with the seminal Elastic Rock (Vertigo) and Soft Machine would make the move from a post-Dadaist sensibility on Volume Two to the longer-form and more experimental classic Third the same year. However, a recently discovered recording by British saxophonist John Surman shows that the British jazz community had been melding jazz and rock at least a year earlier. Way Back When finds Surman on baritone and soprano saxophones, joined by John Taylor on electric piano, Brian Odgers on electric bass, John Marshall on drums and, on two tracks, alto saxophonist Mike Osborne. This one-day session was, in Surman's words, "a sort of 'farewell' jam session," held before Surman moved to continental Europe to join bassist Barre Phillips and drummer Stu Martin for the groundbreaking free jazz unit known as the Trio.

But while improvisation is the order of the day on Way Back When, the context is more direct, more structured, and certainly more overtly rhythmic. Surman's four-part "Way Back When" suite revolves around a simple theme that emerges to transition from the gentle yet insistent pulse of "Part One," to the more direct swing of the 6/8 "Part Two," the lightly funky "Part Three," and the more up-tempo "Part Four." Texturally the suite—along with Peter Warren's "Owlshead," which features a more developed form, and Surman's modal "Out and About," both of which feature Osborne—owes texturally to Miles Davis's In a Silent Way (Columbia, 1969), which had just been released, but it can be differentiated by a more outgoing approach to the improvisational aesthetic.

While Taylor and Osborne get the opportunity to stretch out, this is clearly Surman's date, with the leader taking the lion's share of the solo space. Even this early in Surman's career, it is clear that he had a distinctive voice on the baritone saxophone that extended its range beyond traditional limits, and a facile soprano approach that had some precedence in John Coltrane but, for all of Surman's ability to create his own wall of sound, was more consistently lyrical.

Way Back When fits comfortably within the Nucleus/Soft Machine purview and yet, for all its similarities, remains distinctive through Surman's voice, which was already well-developed at this stage. 1969 was also the year that Surman collaborated on John McLaughlin's classic debut, Extrapolation (Polydor, 1969), and one wonders if, had Way Back When been released in its time, Surman would have been catapulted to greater fame in North America.