BY DAN MCCLENAGHAN
February 28, 2019
Sign in to view read count 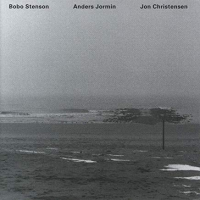 Manfred Eicher started ECM Records in 1969. Fifty years later, in 2019, with over 1500 releases to its name, the label continues to offer up compelling and unclassifiable music. And since the catalog is deep, and early-in-the-effort recordings have become harder to find, ECM periodically re-releases some of these gems, tagging them Touchstones.

War Orphans showcases Stenson and his first great trio, with bassist Anders Jormin and drummer Jon Christensen. At the time of its release, Stenson had nearly three decades of recording under his belt—1971's Underwear (ECM Records), was his first outing as a leader. War Orphans is where the pianist's artistic vision came to a fine focus, one that has remained pinpoint sharp through Serenity (2000), Goodbye (2005), Cantando (2008), Indicum (2012), and Contra La Indecision (2018), all on the ECM label.

Stenson is one of that handful of piano trio players (Keith Jarrett, Brad Mehldau, Marc Copland, Kenny Werner) who have refined this particular trio art and elevated it to new, post-Bill Evans levels of eloquence, musicians who make sounds of stop-you-in-your-tracks beauty with a cerebral music that draws from the soul as well as the brain.

The set opens with Cuban singer/songwriter Silvio Rodriquez's "Oleo De Mujer Con Sombrero." Stenson visits Rodriguez often—"El Mayor" on Serenity, "Olivia" on Cantando, and "Cancion Contra La Indecision" on Contra La Indecision. He covers those songs with his heart. The title tune and "All My Life" are from another of his favorites, Ornette Coleman. Bassist Anders Jormin contributes two of his tunes, and Stenson adds one of his own originals. He closes the set out With Duke Ellington's "Melancholia," which doesn't sound Ellingtonian at all. It sounds, rather, agitated and disturbed, but beautiful in its way, as the trio slips out away from the agitation when Stenson shifts into a serene piano solo.

War Orphans presents Stenson and his trio in 1998, at the height of their exquisite powers. With a different drummer, Jon Falt, they continue on at the same high level of excellence.