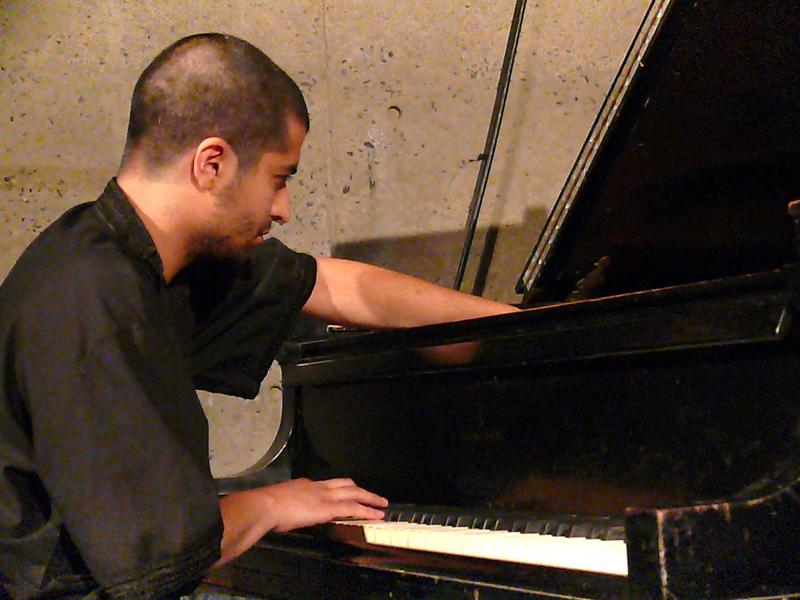 Having two stage areas allowed the Vision Festival organizers to minimize changeover times by programming consecutive performances alternately, between the main hall and the downstairs theater. Breathless listeners oscillated between the two, able if speedy to catch at least a flavor of most of the acts. Pick of the second day was a brace of shows in the smaller basement space away from the main stage.

Although hailing from Morocco, Pakistan and India respectively, the three men shared a tight collective focus, engendering tension through minimalist development in an unbroken set during which the lyricism didn't overwhelm the unexpected shifts in meter and texture. They took their time: after an age, the pianist finally used both hands on the keyboard for the blossoming of a gentle melody. Repeated piano patterns and increasingly emphatic bass lines evoked comparisons with both Australian improvisersThe Necks and composer Michael Nyman, demonstrating a wide range of reference points encompassing contemporary classical, Romanticism, improv and folk. Naqvi was the wildcard, with his percussive interventions adding an element of randomness which helped puncture the mesmerizing atmosphere just enough to maintain attention but not enough to disrupt the flow.

The bassist and drummer ceased (taking the opportunity for a drink of water to counteract the heat) to leave Belyamani hammering an insistent phrase. He had one hand under the bonnet to modulate the tone, though released periodically to allow the full resonance to ring out. Eventually the rhythm pairing kicked back in together with heavy, slow beats which progressively fractured and accelerated into another dose of trance music, evoking the shimmer of sunrise over the souk, before a decrescendo into silence. It was an excellent showing, though it left unanswered the question of how might they follow that: with more of the same or something different? A listen to their debut disc First (Accretions. 2010) might help provide the answer.

Tomas Fujiwara & The Hook Up

Later, the downstairs hosted drummer Tomas Fujiwara and The Hook Up, his five-strong band featuring the up-and-coming horn pair of trumpeter Jonathan Finlayson and saxophonist Brian Settles. Tonight's lineup differed from that on the band's debut recording Actionspeak (482 Music, 2010) with Matt Moran on vibes subbing for Mary Halvorson's guitar and Trevor Dunn on bass instead of Danton Boller. Although the absence of Halvorson's idiosyncratic stylings left a gap, the band nonetheless came across as a well-drilled unit ably maneuvering through four of the leader's distinctive compositions. 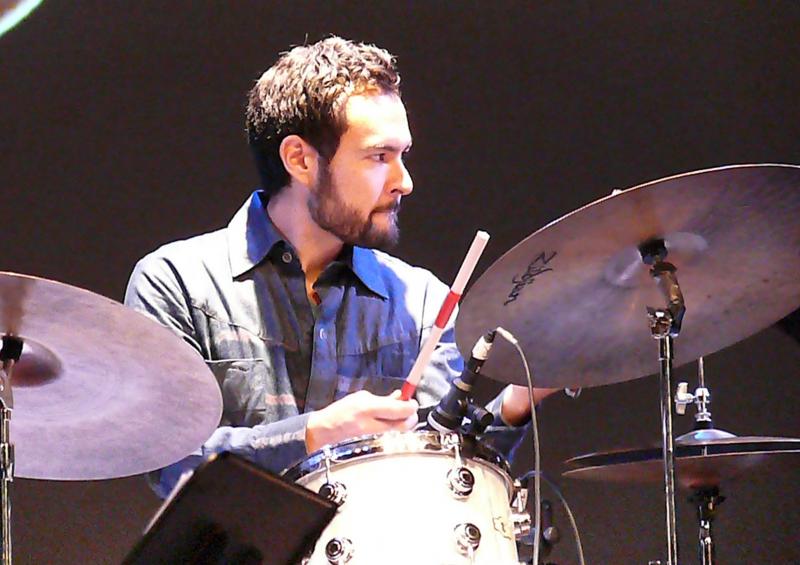 On their first piece, Moran's shimmering vibes intro opened up into a duet for Settle's tenor and Fujiwara on mallets. Though young, the reedman (who can also be heard on a couple of albums by bassist Tom Abbs' Frequency Response) already has a strong individual conception built out of unconventional tones and a personal sense of phrasing, and delivered in an understated way that was the opposite of flash. Sudden gut-bucket blasts punctuated his slow, muffled trajectory, encouraging the drummer to cut loose. Finlayson played a passionately urgent a capella opening to the third number which developed into a relaxed swing, though one soon to be undone by Moran's ringing outburst, and leapt about as if needing to take us by surprise with unsuspecting combinations of notes.

It wasn't until the final selection—"Postcards"—that Fujiwara took a solo, with echoes of Japanese taiko drumming in its powerhouse double-handed syncopation, presaging a wild ensemble ending which shifted in and out of time, and was a fitting conclusion to an exciting session.

Perhaps a sign of the straitened times, the third day was a joint venture with the Festival of New Trumpet Music, presenting a cast of brass players which spanned both the generations and the globe. Amir ElSaffar opened with an involved and challenging program which featured Jen Shyu singing Azerbaijani texts. Away from the main stage, Stephanie Richards's Watercolor included the leader drawing weird, bubbling harmonics by blowing her trumpet into a tray of water during a series of adventurous pieces. One, entitled "Work Song," wittily had the two percussionists face each other to make rhythmic interjections, Qasim Naqvi with a hammer on a block of wood, and Andrew Munsey with a hacksaw. Later the main hall saw the Vision Festival debut of Polish trumpeter Tomasz Stanko appearing with a trio of NYC musicians, who added some welcome grit to his airy melodicism. Sylvie Courvoisier used preparations on her piano to extract percussive textures, while violinist Mark Feldman and bassist Mark Helias moved between austere and choppy, provoking some spluttering animation from the leader at times, in a performance which drew the first standing ovation of the week. 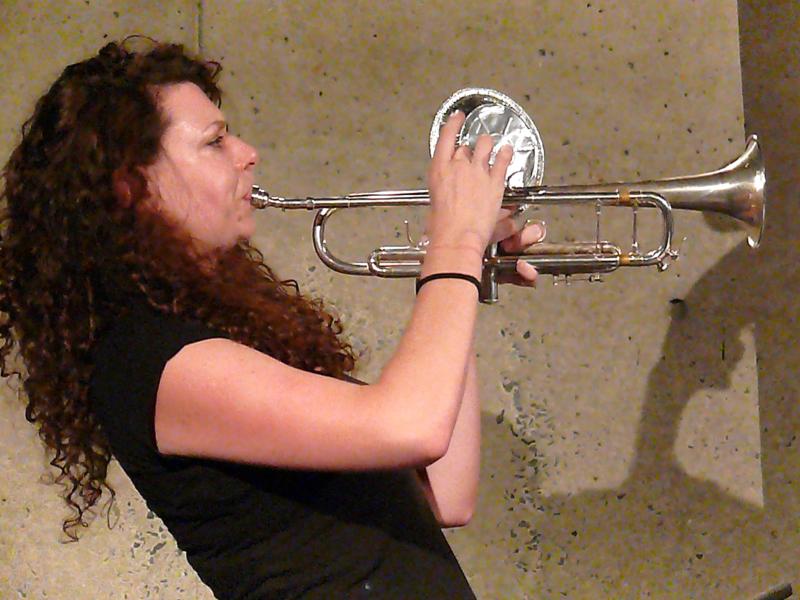 However, the most entertaining set of the evening came from trumpeter Ted Daniel's Salute to King Oliver. Daniel noted the irony of showcasing a program of 1923 vintage at an avant-garde festival, explaining that of course they were avant-garde in their day. Joining him in a polyphonic front line were the exuberant violin of Charles Burnham and supple tuba of Howard Johnson. Burnham in particular was full of expressive fills, asides and musical commentary, with his face reflecting his thoughts as his bow danced through the air. Daniel presided over a lively good-natured display that stretched the confines of the tunes across the century, but which might profitably have gone even further.