Multi-instrumentalist and filmmaker Tom Abbs has been performing and recording in a variety of contexts (classical, rock, jazz, and improvised musics) since age eleven. Tom started his musical training at the age of seven playing piano. A couple of years later he changed his instrument to cello and by the time he was eleven he was playing the bass. He was handed a tuba in seventh grade and his conquest of the "low end" began. Tom went on in his teens to win accolades in state and national competitions for his work as a soloist and ensemble player. He came to New York in 1991 to attend the New School’s Jazz and Contemporary Music program where he studied with such masters as Reggie Workman, Buster Williams, Joe Chambers, Brian Smith, Junior Mance, Arnie lawrence, Chico Hamilton and Arthur Taylor

the sonorous tones of the double bass echo throughout this episode, highlighted by a double hit of Israeli bassist Shay Hazan with music from new releases by his quintet and sextet, Argentina's Juan Bayon as well as Tom Abbs, and Kyle Motl with Abbey Rader's West Coast Quartet. You'll hear tracks from new albums by Pedro ... 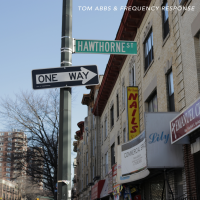 Few drummers know how to use rhythms like Chad Taylor. He makes the drum set sing melodies and paints different hues and shades on the cymbals and skins. He can play inside and outside and has performed with musicians like saxophonists Fred Anderson, Pharoah Sanders and James Brandon Lewis, pianists Cooper-Moore and Angelica Sanchez, guitarists Jeff ... 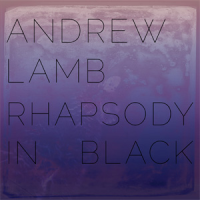 In spite of a more than three decades on the New York City front line, saxophonist Andrew Lamb remains something of an unknown quantity. Over that time he has amassed only eight leadership dates, the majority on small independent labels. To that total can be added Rhapsody In Black, a live blowing session from 2008 which ...