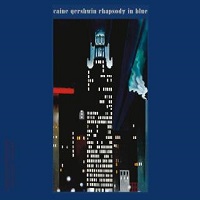 What is to become of the Great American Songbook, that cultural document that served as scripture to the jazz community for the better part of the Twentieth Century? Today, what we think of as jazz has flown so far and wide that it's definition encompasses everything from Craig Taborn's Chants to Robert Glasper's Black Radio and Black Radio 2. While rightly called jazz, these examples are the keepers of no flame, rather they are the new flame burning the way for the future of the music, sometimes at the expense of the applicable past, which is the Songbook.

On the other hand, do we need one more vapid recording of "My Funny Valentine," vocally or instrumentally? Critic Scott Yanow, in his The Jazz Singers: The Ultimate Guide (Backbeat Books, 2010), intimates as much in the chapter, "Ten Songs That Should Be Avoided," one of those ten being, you guessed it, "My Funny Valentine." Is there really anything new to learn? Can these old war-horses possibly tell us anything else. The short answer is yes, but that is with a caveat...a huge caveat. These songs must be presented freshly, thoughtfully, and, most of all, cleverly. And therein lies the challenge: how to be clever without being cheeky, how to be both reverent and irreverent without running the risk of being too much one way or the other and alienating part of the audience. This may be too much to ask, but, then again, maybe not.

Pianist and composer Uri Caine, for the past 20 years, has combined diamond-hard talent, flexible creative vision, and a titanium-coated sense of humor in recasting jazz and classical chestnuts as well as composing many of his own in a new and revealing light. He has applied his vision to the music of Bach (Goldberg Variations (W&W, 2000)), Mozart (Uri Caine Plays Mozart (W&W, 2007)), Beethoven (Diabelli Variations (After Ludwig Van Beethoven (W & W, 2003)), Schumann (Love Fugue: Robert Schumann (W&W, 2000)), Wagner (Wagner e Venezia (W&W, 1997), Mahler ( Gustav Mahler In Toblach: I Went Out This Morning Over the Countryside (W&W, 1999) and Verdi ( Othello Syndrome (W&W, 2007)). On each, Caine has blown off the dust to reveal the essential nature of the music...that which we have taken for granted.

Caine has also shown himself to be (in the parlance of his label, Winter & Winter) a capable "audiofilm" maker, an audiofilm being essentially a soundtrack, a digitally captured piece of history and fancy capable of evoking both memory and imagination. Caine's case- in-point was his The Sidewalks Of New York: Tin Pan Alley (W&W, 2000) on which he seamlessly joins lower Manhattan street noise with the music of the 1920s and '30s Tin Pan Alley. Ragtime and blues rub elbows with Broadway and lesser stages. Caine's arrangements and orchestrations give the music a sepia edge that approximates nostalgia without becoming melodramatic. Caine accomplishes the same feat of alchemy on Wagner e Venezia where he transcribes and re-arranges Wagner opera selections for an abbreviated band, a band one might expect to hear at a quaint Venice bistro on a cool spring evening.

With these intelligent music making tools, Caine turns his attention to the Dean of the College of Tin Pan Alley, George Gershwin. Caine Gershwin Rhapsody in Blue is a generous tip-of- the-hat to Gershwin and his lyricist brother Ira. The Uri Caine Ensemble assembled for the project is an impressive sextet of usual collaborating suspects that include clarinetist Chris Speed and trumpeter Ralph Alessi. Vocal duties are handled by Theo Bleckmann and Barbara Walker. The disc programming includes nine Gershwin selections presented in varying formats. Caine creates best with smaller groups and the results reflect that.

The disc centerpiece is Caine's 22-plus minute interpretation of Gershwin's piano suite "Rhapsody in Blue." Composed in 1924, "Rhapsody in Blue" was originally commissioned by bandleader Paul Whiteman as a musical intersection between classical and jazz. the piece premiered on February 12, 1924 with Whiteman directing and Gershwin at the piano. Caine's efforts addressing the piece in a more jazz- improvisatory vein are not the first. In 1995, pianist Marcus Roberts released Portraits in Blue managing to make Gershwin sound like Thelonious Monk. Roberts is of the Marsalis school, one who often takes the music and a select group of musicians (Jelly Roll Morton, Louis Armstrong and Monk) so seriously they smother the music to death while hugging it with their love and respect. Caine, who has no less love and respect for the music, avoids this with his more panoramic musical vision.

The title piece is introduced in the traditional way by Speed, who reveals early that this will not be a rote performance of the piece. When the band enters, they do so in a march style taking on an almost samba-like rhythm before transforming into a New Orleans Sunday March...all this in fifteen seconds. Caine's first cadenza is suitably supercharged, where he remains within the lines but adds a virtuoso dimension to the performance. There is a bit of interplay between Speed and Alessi that leads into some hot 4/4 play. When the band returns to the march, it takes on an old world feel emphasized by Speed and violinist Joyce Hammann. This Gershwin is so fresh that it pops with Caine interpolating stride piano tradition, boogie woogie, Latin and two-fisted Red Garland hard bop into the score. His second piano cadenza is a seminar in a dozen piano styles. Caine duets with Alessi in a piquant interplay passage white hot with ingenuity and imagination. Toward the end of the suite, Caine injects a bolus of gypsy fury straight from eastern Europe. What Roberts fails to achieve with his well-intentioned effort, Caine achieves with breathtaking clarity and aplomb.

Were Caine to have stopped with "Rhapsody in Blue" he would have readily achieved a superb recording. Gratefully, he forges on, pushing the creative envelope further in conjunction with like-minded and talented vocalists. "But Not For Me" features Theo Bleckmann, who, in typical pristine voice, delivers the song re- harmonized and realized, in a cover that is astonishing. Bleckmann is joined by Barbara Walker for a delightfully playful duet on "Let's Call The Whole Thing Off." The two enjoy a thoroughly entertaining song conversation. frequent Caine bassist Mark Helias solos with joy in this jazz piano performance...oysters and pajamas indeed. Caine follows this with a thrilling and totally reimagined "I Got Rhythm" that features Alessi's tart trumpet and Speed switching to tenor saxophone and recalling the dry martini tone of Paul Desmond.

Bleckmann is the featured vocalist on "I've Got a Crush on You," which comes off like one beautiful and innocent blush. His performance recalls his exceptional standards recordings, Las Vegas Rhapsody: The Night They Invented Champagne (W&W, 2006) and Schumann's Favored Bar Songs (W&W, 2009). Bleckmann, like Caine, has mastered the ability to balance serious musicianship with a sharp sense of humor. Bleckmann pushes this unique vocal approach to the absolute edge on a delightfully off kilter "They Can't Take That Away From Me," easily the most entertaining and challenging of the selections.

Walker sings a perfectly functional "Slap That Bass" which, of course, features an almost traditional Helias solo, if one can use a word like traditional by this time in the program. "Love is Here to Stay" is played as an instrumental with an expansive reach rivaling that of the title piece. The closing selection is a solo performance by Caine of the ballad "How Long Has This Been Going On." Caine approaches the piece from the mainstream, turning out one of his most sensitive and grounded performances. It is a stately ending to a most excellent recording, one that answers the question posed in the beginning: What is to become of the Great American Songbook? Only good things if Uri Caine has anything to say or do about it.

Rhapsody in Blue; But Not For Me; Let’s Call the Whole Thing Off; I Got Rhythm; I've Got A Crush On You; They Can’t Take That Away From Me; Slap That Bass; Love Is Here To Stay; How Long Has This Been Going On.