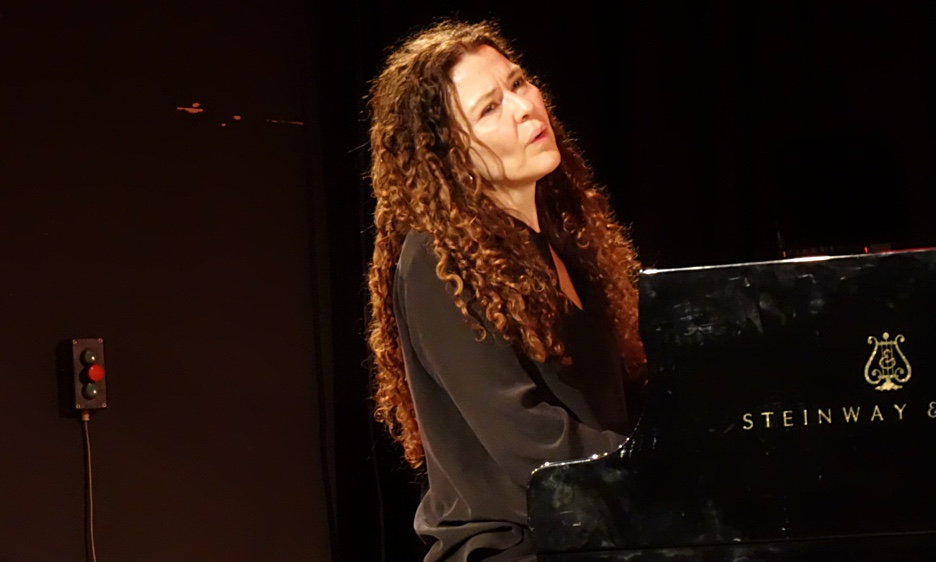 Trondheim, Norway's third largest city and the country's center of intelligence in science, engineering and technology, holds a key-place in Norwegian history and identity in general, and in jazz/music specifically. The six-day Trondheim Jazzfest starts the coastal series of spring festivals along with Stavanger and Bergen. Jazzfest Trondheim has been a matter of unpredictable diversity, astonishing contrasts and opposites so far. It is not forced into a single direction. The next different thing is always "around the corner" (more here).

Females were clearly ruling this year's edition. The festival presented about 46 acts over the course of seven days. 20 of these acts were female fronted, 12 were male fronted and 14 were mixed groups of more or less egalitarian character. A larger part of the male lead units were solely male. Among the female-lead units six of them were solely female units (Eldbjørk Raknes, Mette Rasmussen, Trondheim Voices, Gurls, Maria Bertel/Nina Garcia duo, Young Voices). Four of the acts were solo-performance, of which two female shows (vocalist Eldbjørk Raknes, saxophonist Mette Rasmussen), one male (guitarist Miles Okazaki) show and one queer (saxophonist Bendik Giske) show.

In the presence of a dedicated audience at Trondheim's Dokhuset venue, something arose between pianist Sylvie Courvoisier, bassist Drew Gress and drummer Kenny Wollesen that you can call, with good reason, a musical Sternstunde—spirited exact, bold, rhythmically breathtaking, perplexing and gripping, striking and uplifting. The music-making of Courvoisier's trio was a miracle of complexity and clarity, of bold leaps, a thing of accelerations and forceful splintering, of always gripping rhythmical momentum and consistency, an affair of sliding into the luminous sphere and contemplation, of interactively shaping rising centrifugal forces on the knife's edge. Courvoisier has reached a level of solid exactness that allows her to freely stir up the music during the process, jump-cut boldly and spark still heavier cosmic thunderstorms than before, let mystical shimmering light up and carve out lyrical contours of Giacomettian dimensions.

Interestingly, her approach has some family resemblance with sampling techniques Norwegian electronic musician Jan Bang employs. Courvoisier is bound to the immediate live playing of her building blocks on her acoustic instrument and as well is compelled to extend these in order to dig into different sound sources and orchestrate these as building blocks/particles in significant ways. She developed a broad range of acoustic sounds and of dynamics that she employs in ravishing ways.

Sylvie Courvoisier approaches the piano as a multifaceted instrument, systematically using all its sounding parts as an ensemble. Her body movement and expression are remarkably different from most of the typical piano trio musicians. While many of the pianists kneel 'into' the instrument and also hang their head down above the keys, Courvoisier moves around it and leans back when pausing or after having finished her playing. By this moving 'around' she enables herself to orchestrate different sound sources.

While many of the pianists kneel 'into' the instrument and often also hang their head down above the keys creating a 'concentration space,' Courvoisier moves around her instrument and leans back (distancing) when pausing or after having finished her playing. Through her way of moving 'around' she enables herself to orchestrate different sound sources. Her head is "free" and the percussive activity of her hands is often perplexingly rapid and trenchant, a barrage at times. When she plays, she does not elaborate a theme/motif along its inner side, as is the usual way. Her playing is often full of bold leaps and even 'overwriting.' It follows a unifying logic that combines the building blocks in a fascinating way.

Courvoisier has thoroughly developed her approach over the years and created an outstanding and unique form of musical expression that now finally gets wider recognition. It manifested in the Trondheim concert in splendid way with her blessed fellow musicians drummer Kenny Wollesen and bassist Drew Gress. It is a formation where great musical spirits did not merely 'find' each other. They together found, and find, something that is prospering and wildly beautiful.