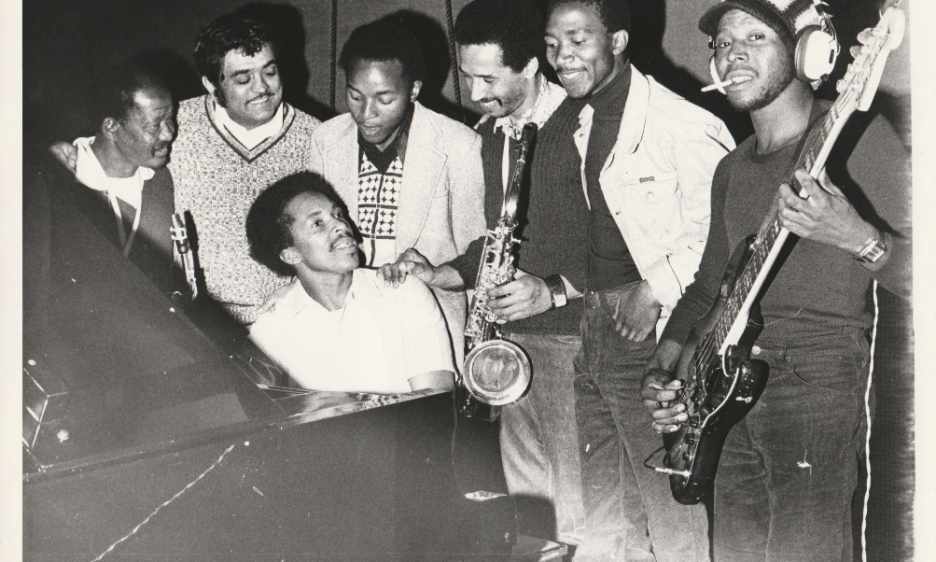 By Chris May
April 8, 2022
Sign in to view read count
Britain is often said to be the first country to have forged a style of jazz distinct from its American parent, during the late 1950s, in part through the influence of London-based players from South Asia. Closer examination of calendars and the historical record, however, shows that South Africa found its own jazz voice at the same time, if not sooner. In any event, in 1959 the The Jazz Epistles, South Africa's premier first-wave modern jazz band, recorded an album, Jazz Epistle Verse I (Continental, 1960), which served as a blueprint for much of the next decade. One of the band's members was alto saxophonist Kippie Moeketsi, another was pianist Dollar Brand, as Abdullah Ibrahim was then known. Both musicians play a role in the first two reissues of historic South African jazz to be put out by Canadian vinyl label We Are Busy Bodies. Moetski is the co-leader of one album, Brand / Ibrahim's presence is felt on the other.

Before we get to the albums, a brief historical rewind... In the late 1940s and early 1950s, American jazz and Cuban dance music spread out across the western and southern seaboard of Africa, following transatlantic shipping routes which brought vinyl records with them, first as onboard entertainment for the sailors, then, as Africans acquired enthusiasm for the styles, as trade goods. Cuban music made its biggest impact on western and central Africa, jazz on southern Africa. Why things turned out that way has not been conclusively determined. But the fact is that by the late 1950s, South Africa had a jazz scene which was larger and more active than that of any other African country. The vast majority of the South African musicians were Black and the music, which fused American jazz with traditional South African folk rhythms and melodies, was given the soubriquet "township jazz" after the settlements in which Black South Africans were forced to live under the country's minority white, apartheid regime.

South Africa also began exporting its jazz faster than other African countries. In large part, this was due to the international breakthrough of the musical King Kong, billed as a "jazz opera," which toured Britain to huge acclaim in 1961. Trumpeter Hugh Masekela, singers Miriam Makeba and Letta Mbulu, and composers Todd Matshikiza, who wrote the music for the show, and Caiphus Semenya were among those who got on the first rung of international careers through King Kong. These musicians went into voluntary exile either while on overseas tour with the musical or shortly afterwards. The original cast recording was released on CD by Stage Door in 2018 and is highly recommended.

It is worth noting that in the early 2020s, South African jazz is making a renewed overseas impact. To some extent, this is a serendipitous development triggered by the fact that for several years pre-pandemic, the prominent London-based tenor saxophonist and bass clarinetist Shabaka Hutchings' girlfriend lived in South Africa and Hutchings visited the country for extended periods each year. While there, he became involved in the local jazz scene. Since then Hutchings has released two acclaimed albums with South African band Shabaka & the Ancestors —Wisdom Of The Elders (Brownswood, 2016) and We Are Sent Here By History (Impulse, 2020). Another album well worth checking out is the various artists project Indaba Is (Brownswood, 2021). 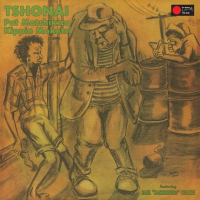 The connection with King Kong is strong on Tshona!, which was originally released in South Africa in 1975. Alto saxophonist Kippie Moeketsi (as his last name is usually spelled) had been in the show's South African cast in 1960, but did not take part in the British tour the following year. Co-leader pianist Pat Matshikiza was the nephew of the show's composer, Todd Matshikiza. He, too, remained in South Africa throughout his life. Moeketsi is a revered figure in the history of township jazz, widely regarded as the first saxophonist in the country to "get" bop in general and Charlie Parker in particular. Tenor saxophonist Basil Coetzee is another legend, as is drummer Sipho Mabuse (see below for full personnel details).

The twelve-minute title track, a Matshikiza original, is a kwela-based tune which takes its title and its mood from the Xhosa word of command which means something between "join in" and "put your back into it." Anyone familiar with Dudu Pukwana's classic London-made In The Townships (Caroline, 1974) will immediately recognize the vibe, although the tempo of "Tshona" is stickier and more measured than the material which characterizes Pukwana's album. There are solos from Coetzee and third saxophonist, altoist Dennis Phillips, but it is Moeketsi who owns the track. The other three tunes on the album, one by Matshikiza, two by Moeketsi, are strong, too, but it is "Tshona" which has made the album a collector's item. 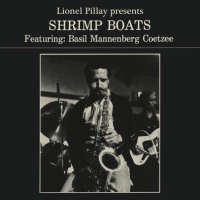 Basil Coetzee is closer to the centre of attention on Shrimp Boats, although he only plays on the twenty-five-minute title track, where he shares the solo honours with trumpeter Stompie Manana and organist Lionel Pillay. The album, originally released in South Africa in 1987, was a compilation of two sessions, from 1979 "Shrimp Boats," from 1980 "Slow Blues For Orial," "Yakhal' Inkomo" and "Birdland." An alumnus of the band led by pianist Dollar Brand (as Abdullah Ibrahim was then known), it is Coetzee who takes the tenor solo on the iconic (for once the word is justified) title track of Brand's 1974 The Sun album Mannenberg: Is Where It's Happening. "Mannenberg" became an anthem of the South African resistance movement against the apartheid regime.

"Shrimp Boats," composed by Paul Howard and Paul Weston, is a strikingly beautiful pop song (a hit for Jo Stafford in 1951) which was recorded by Dollar Brand in 1971. Here it receives a sumptuous arrangement from Pillay and a performance which fully justifies its extended playing time. It is a tough track to follow, but side two—featuring Pillay with alto saxophonist Barney Rachabane and tenor saxophonist Duku Makasa—is almost as good. Pillay's "Slow Blues For Orial" is another stone beauty, Winston Mankunku Ngozi's "Yakhal' Inkomo" is a pleasingly funky ballad, and the reading of Joe Zawinul's "Birdland," though not quite up to the heights of the Weather Report original, closes things out nicely. Along with Tshona!, a strong opening hand from We Are Busy Bodies.